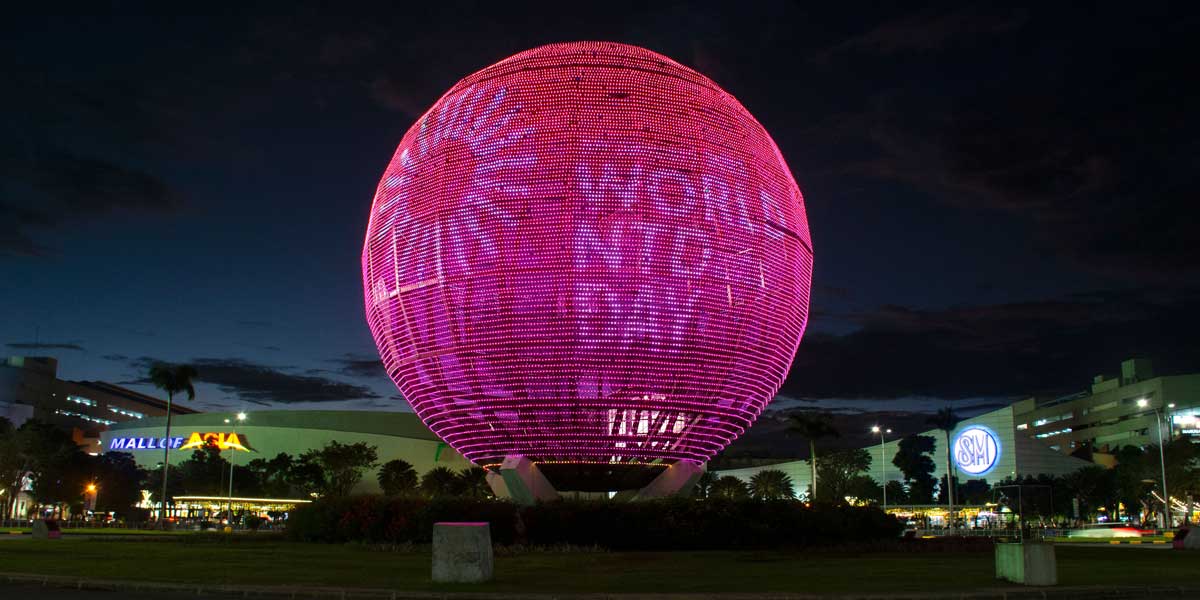 A special focus was placed on notable landmarks in endemic countries including Bangladesh, Brazil, Burundi, the Democratic Republic of the Congo, Ethiopia, Ghana, India, Kenya, Liberia, Niger, Nigeria, Philippines, Rwanda, South Sudan, Sudan, and Togo. There are also several monuments, universities, and notable buildings lighting up in Abu Dhabi, where World NTD Day was originally announced in 2019. The 100 “light ups” aim to shine a light on neglected tropical diseases (NTDs), as World NTD Day supports the goal of the World Health Organization (WHO) to eliminate at least one NTD from 100 endemic countries by 2030.

World NTD Day is a global movement that aims to galvanize the global health community and engage the public in the urgent effort to end NTDs. This year Uniting to Combat NTDs used World NTD Day to launch the 100% Committed movement, which exists to begin securing political and financial commitments in support of the Kigali Declaration on NTDs. The Kigali Declaration, a high-level political declaration, provides the opportunity to mobilise the political will, community commitment, resources and action needed to end unnecessary suffering from NTDs.

Thoko Pooley, Executive Director of Uniting to Combat NTDs, said: “Today, building on the success of the London Declaration on NTDs, and recognizing the changing global landscape, we are using World NTD Day 2022 as a catalyst for action. We are launching the 100% Committed campaign, a global movement to secure increased resources for neglected tropical diseases, and crucially to facilitate political leadership and ownership of NTD programmes from affected countries, through endorsements and signatories behind the new Kigali Declaration on NTDs.”

World NTD Day was officially recognized by the WHO in May 2021. The UAE helmed diplomatic efforts to obtain official recognition of the day, and several WHO Member States were instrumental in building consensus to support it. The decision, proposed by the UAE alongside Oman and Brazil, was adopted unanimously. The Crown Prince Court of Abu Dhabi continues to play a leading role in building partnerships and supporting World NTD Day through the Reaching the Last Mile Initiative (RLM), a portfolio of global health programs focused on accelerating progress towards disease elimination that are driven by the personal commitment of His Highness Sheikh Mohamed bin Zayed, Crown Prince of Abu Dhabi.

Nassar Al Mubarak, Senior Director at the Crown Prince Court of Abu Dhabi, said: “World NTD Day represents an important catalyst to translate awareness into action—it is not only crucial for the public to know more about these diseases, but also for donors, endemic countries and other stakeholders to collaborate to bring an end to NTDs in affected countries. Over the past few decades, incredible progress has been made towards ending NTDs; however, one in five people in the most vulnerable communities around the world are still affected by these preventable and treatable diseases.”

He added: “We are pleased to see World NTD Day providing a platform for raising awareness through the new 100% Committed campaign led by Uniting to Combat NTDs and efforts such as the light-up activation. We hope that this movement continues to gain traction and spark new partnerships and commitments necessary to beat NTDs for good and for all.”

NTDs are a group of communicable diseases that are preventable and treatable yet continue to affect more than 1.7 billion people worldwide, including 1 billion children. There are currently 20 diseases and disease groups defined as NTDs including river blindness (onchocerciasis), leprosy, elephantiasis (lymphatic filariasis), Guinea worm disease, rabies and intestinal worms (soil-transmitted helminths). NTDs cause immeasurable suffering—they debilitate, disfigure and can be fatal. By most commonly affecting some of the most vulnerable people in the world—who often live in remote communities—NTDs create cycles of poverty and cost developing nations billions of dollars every year.

Research shows that women and girls are disproportionately impacted by NTDs, which affect remote, impoverished communities where they may experience more difficulty accessing health care than men. Their daily routines often consist of high-risk activities—such as washing clothes in rivers—that also make them more susceptible. Additionally, when NTDs affect someone in a family, the additional caregiving burden typically falls on women and girls, who are often forced to sacrifice their work or education to provide care.

This year’s World NTD Day marks 10 years since the 2012 London Declaration on NTDs brought together pharmaceutical companies, donors, endemic countries, and non-government organizations to push for greater investment and action on NTDs. Since then, key successes include:

The impact of the COVID-19 pandemic is threatening hard-fought progress on NTDs. COVID-19 has affected essential healthcare services across the world, with NTD programs having been particularly badly disrupted. A recent WHO survey indicates that NTD programs have been among the health services most frequently affected by the pandemic. As of early 2021, disruptions had occurred in 44% of countries; in 19% of countries NTD programs were the most severely disrupted health service. Investments in strong public health systems are critical to both efforts to end NTDs and building resilience to respond to future pandemics.