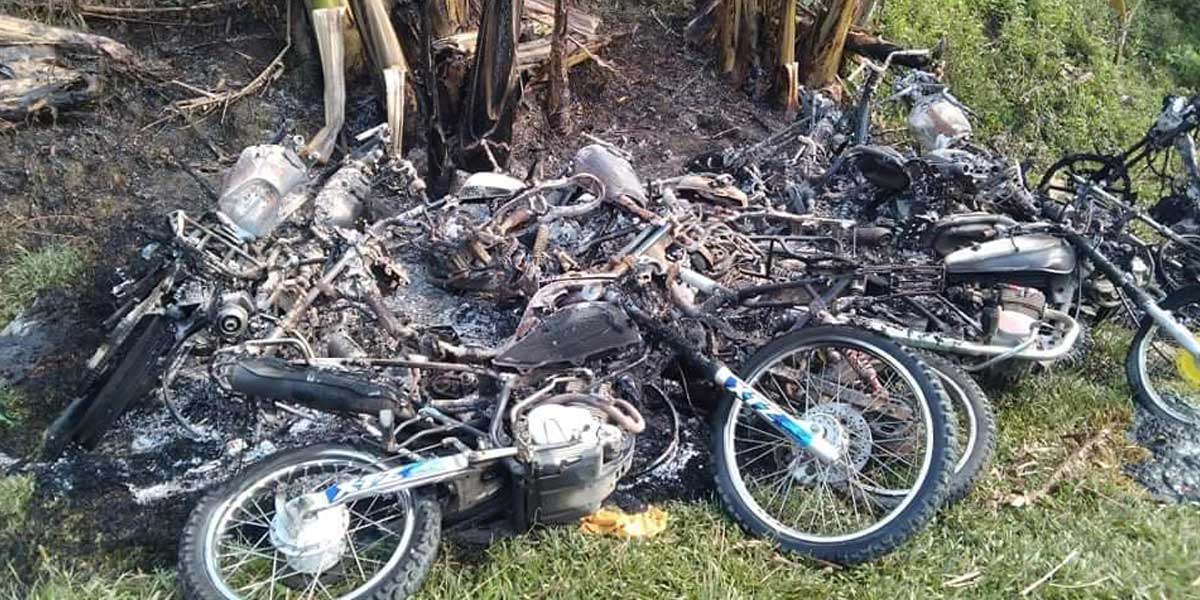 Motorcycles owned by members of the Citizen Armed Force Geographical Unit (CAFGU) and civilians were set on fire evening of March 21, 2022 in a hinterland village in Igbaras, Iloilo.

Initial reports claimed that 13 motorcycles were set ablaze at Barangay Igcabugao, a village some 17 kilometers away from the town proper.

“We are still verifying the reports if those 13 are all owned by CAFGU members. We couldn’t say if there are motorcycles owned by soldiers or civilians,” he said.

The CAFGU is the armed militia formed by the military in rebel-influenced areas.

It was gathered that the area where the incident happened is around 1.03 kilometers away from the Igcabugao CAFGU detachment.

Personnel requested the house owner, a certain Mr. Elario, if they could park the vehicle at his yard and they travelled to the detachment on foot.

Garcia said the house is secluded with no neighboring houses in sight.

While one must trudge some rough terrain from the Igbaras town proper, Igcabugao could be easily reached through the Tubungan town proper.

Two of the suspects allegedly poked a gun at Elario while the three other suspects doused the bikes with kerosene and lit them afire.

But Garcia said the report is still subject for verification.

“We couldn’t also conclude, for now, if they are New People’s Army members although it is highly probable,” he said.

When soldiers went to the area to investigate, the house owner and his family were nowhere in sight.

Policemen, along with personnel from the Bureau of Fire Protection, were about to proceed to Igcabugao but Philippine Army personnel asked them to put it on hold while they are on clearing operation.