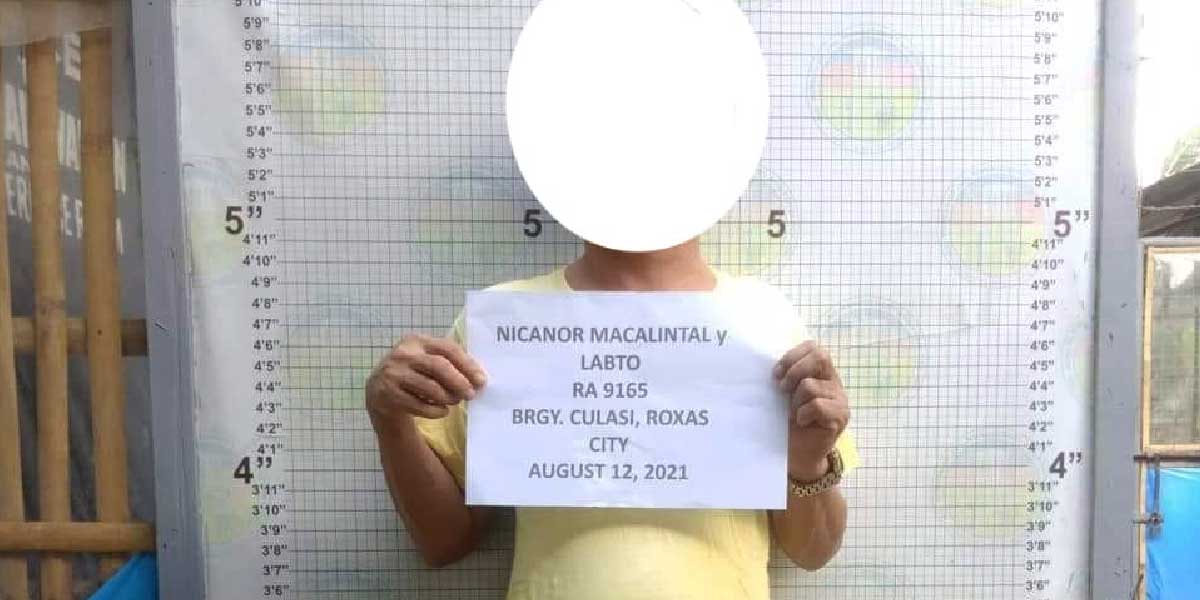 Macalintal was charged for violations of Republic Act 9165 or Comprehensive Dangerous Drugs Act of 2002.

The warrant for his arrest was issued by Regional Trial Court (RTC) Judge Kristine B. Tiangco-Vinculado of Branch 16 here on August 11, 2021.

No bail has been recommended on both cases.

Meanwhile, the No. 8 most wanted person of Tapaz, Capiz was arrested by the police in Brgy. Gabuan here.

Raymond Gardose of Brgy. Agpalali, Tapaz but temporarily residing in Brgy. Gabuan was arrested by the joint forces of the Roxas City and Tapaz police.

The suspect is facing murder charges and violations of RA 7438 or Rights of Persons under Custodial Investigation before the sala of RTC Judge Rommel L. Leonor of Branch 21 in Mambusao, Capiz dated June 24, 2020.

No bail also recommended for his temporary liberty.