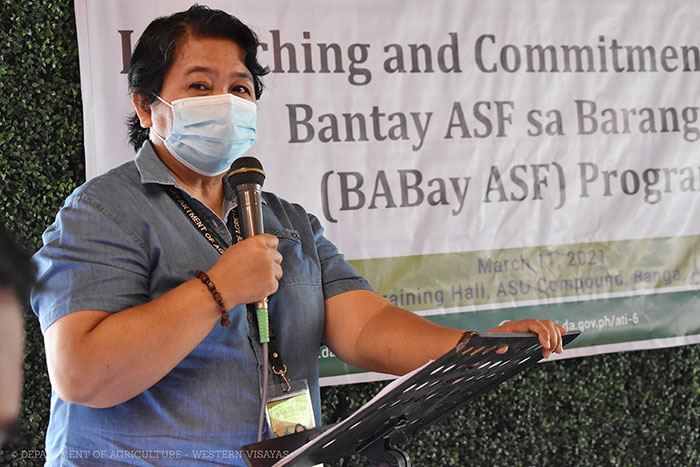 Western Visayas is among the last four regions without recorded cases of the African Swine Fever (ASF) along with MIMAROPA, Central Visayas, and Zamboanga Peninsula.

The local stakeholders here consider the implementation of the Bantay ASF sa Barangay (BABay ASF) program as advantageous in protecting the more than ₱20-billion hog industry of the region from the ongoing epidemic.

“Based on what happened in other regions, ASF sometimes occurred within the barangay, or let us say the ground zero is among the affected barangays. We will involve the barangay councils and deputize volunteer barangay bio-security officers and private veterinarians to carry out the BABay ASF program with the provincial veterinarians as the project lead in the implementation,” said Department of Agriculture (DA) Regional Executive Director Remelyn Recoter during the program launching in Kalibo, Aklan, March 11. 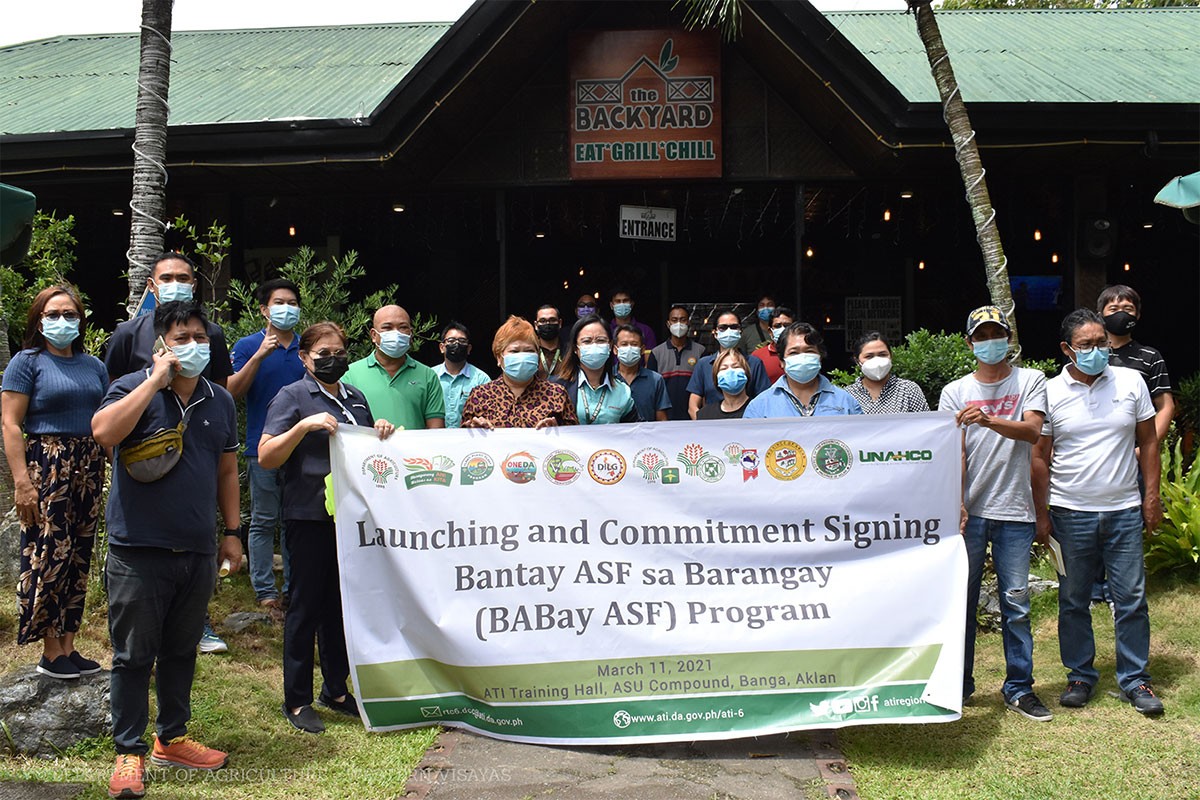 As a collaborative undertaking of the national and local government, and the private sector, the BABay ASF targets to create an effective ASF monitoring, surveillance, and reporting system, to intensify the practice of biosecurity measures in all hog farms, and to assist in recovering the industry.

“We are encouraging the public to immediately report any suspicious swine mortality in their areas for us to easily contain and prevent the further spread of the virus,” she added.

According to Recoter, the BABay ASF program is part only of the ‘whole of nation’ approach in reviving the hog industry and reducing the pork prices because ASF had affected several major swine-producing regions in the country.

“DA is prioritizing hog production and repopulation in green zone areas. We requested for the realignment of our 2020 savings, and had apportioned funds from the 2021 budget of the Livestock Program for the repopulation and establishment of multiplier farms, and animal restocking in Western Visayas,” added Recoter.

The agency likewise downloaded the funds to the Land Bank of the Philippines and Agricultural Credit Policy Council to extend financing aid to commercial and backyard hog raisers for their pig production. Swine raisers will also receive indemnity claims from the Philippine Crop Insurance Corporation for every hog culled due to ASF infection. 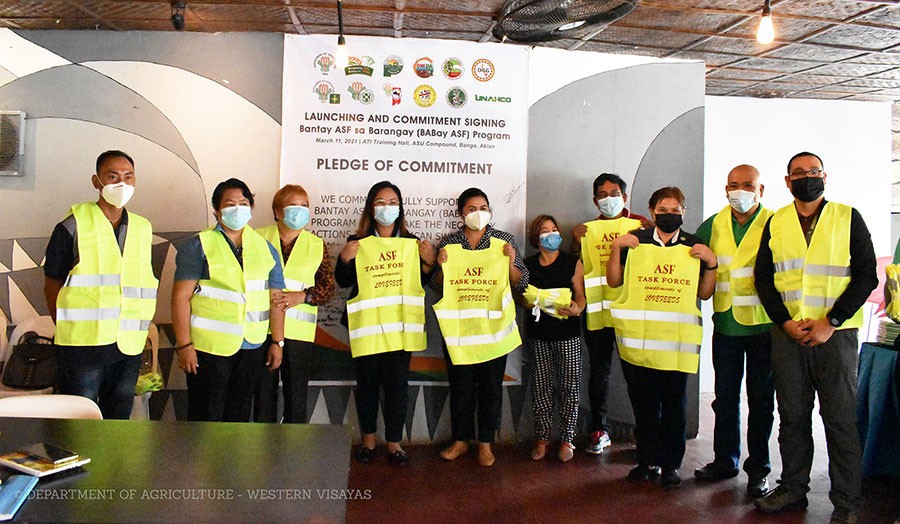 Aiming to stabilize the prices of pork and pork by-products in Luzon particularly in Metro Manila that went up as high as ₱400 per kilogram, DA secretary William Dar included in his directives to the regional offices the granting of transport subsidy to hog farmers and traders.  Regions with surplus production are mandated to ship hogs to Metro Manila and that includes Western Visayas.

“As per record of the Bureau of Animal Industry, Region 6 had shipped 70,000 hogs in 2020 and had so far sent out 50,000 hogs to Luzon this 2021. We are contributing 16 percent of the shipment of live hogs to Metro Manila this year,” said Recoter who added that Western Visayas has the lowest farm-gate price for live hogs nationwide which averages ₱132 per kilogram.

Moreover, food diversification is also among the strategies being pushed by the DA to ensure food security as the ASF problem continues. Although pork is tagged as a prime commodity, Recoter urged consumers to also look into other plant-based protein alternatives including chicken, and legumes.

“DA may go for pork importation as the last recourse amid this problem of ASF,” she emphasized.

With the recent confirmed ASF cases in Masbate, Misamis Oriental, and Cagayan De Oro, provincial governors in Western Visayas have already amended their executive orders on the banning of pork and pork products coming in from affected areas.

Recoter lauded the spontaneous support and cooperation of the LGU partners, private companies, and associations of hog raisers in the region in delivering the different preventive measures and activities versus ASF.

Meanwhile, DA Regional Livestock Program coordinator Glenn Mariano mentioned that the BABay sa ASF major activities will include the engagement of LGUs and other stakeholders, conduct of ASF surveillance, monitoring, and area risk assessment as well as ensuring the implementation of biosecurity in the backyard and commercial farms. (Sheila Mae H. Toreno/DA-RAFIS 6)