A security guard was arrested for possessing an explosive evening of June 16, 2022 in Mandurriao, Iloilo City.

When Itabag and Corporal Parba arrived, they saw the suspect holding onto a sling bag on top of the table.

The cops waited for Lasara to take out the explosive of his bag before arresting him. 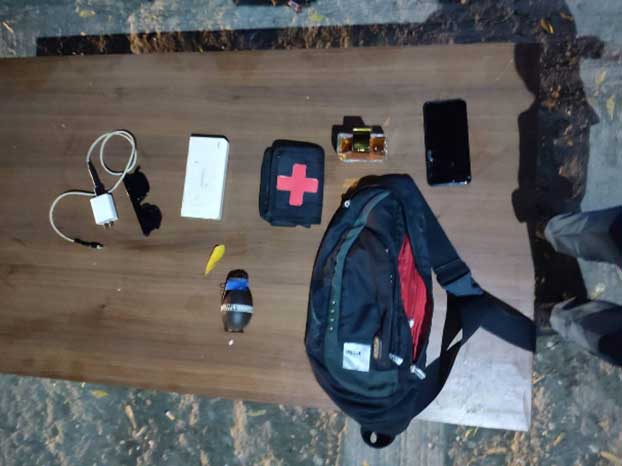 Lasara was allegedly drunk during the incident.

Barangay Captain Joel Alvarado said that the suspect caused fear among residents in the area.

Lasara is now detained and would be charged for violation of Republic Act 9516 or illegal possession of explosives.