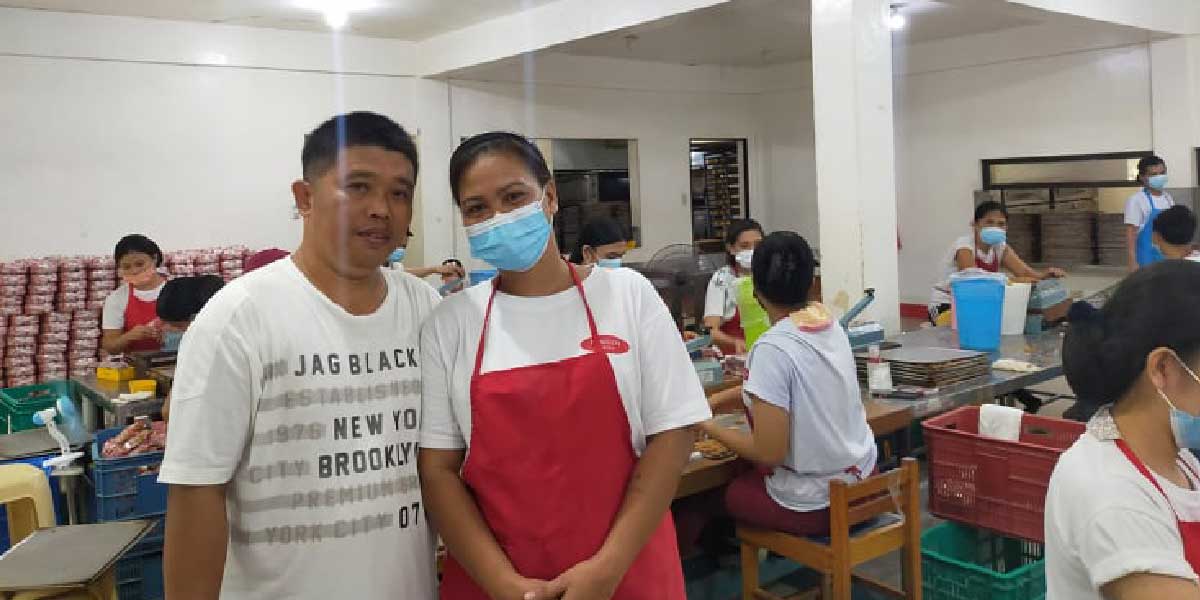 The outpouring rain brought by Typhoon Glenda may have torn through the Philippines in 2014, but it has also watered the beginnings of Fadullo’s Bakery and their paborita business. Specializing in soft bread, Irene Fadullo and her husband have been in the baking business in Lipa City, Batangas since 2008. Four years later, the couple ventured into baking paborita crackers, but it did not become popular in the market instantly. They lacked the necessary permits to continue the production of the paborita.

However, opportunity stormed through the Fadullos as they weathered Typhoon Glenda with fresh will and perseverance. As a great demand for paborita dominated the market, the Fadullos worked day and night through the power cut in Lipa, Batangas to produce their biscuits. At first, they had to leave one bundle (100 pcs.) of paborita in the market and wait for a call to retrieve their unsold crackers back to their bakery. One day, an unexpected call came asking for more paborita to be delivered to them.

From then on, the Fadullos started delivering 30 bundles to the market every week. As their production grew, their need for extra capital also intensified. They sought the help of CARD SME Bank in growing their business, starting with a PhP2,000 loan which helped them to purchase flour. To increase their production, they decided to loan PhP10,000 to buy a secondhand oven. This helped them in constantly supplying their growing market for paborita.

Now, the Fadullos have increased their capacity by employing their relatives as well as students with their parents’ consent. This allows them to provide a source of living to their community and train the youth to prepare them for their future.

The Fadullos are also now using 31 ovens to help them with their production. Now, they create 432 bundles of paborita every day.

Walking with CARD has also led the Fadullos to cross paths with CARD-Business Development Service Foundation, Inc. (CARD-BDSFI) which helped them improve their facility and secure their accreditation with the Food and Drug Administration (FDA).  Aside from this, the Fadullos were also introduced to Mga Likha Ni Inay (MLNI) which supports underprivileged communities through the promotion of their local products. With the Fadullo’s excellent performance and contribution to their community, the couple became an awardee in Pagkilala sa mga Likha ni Inay as the “Gawad Maunlad” in 2017, which won them PhP50,000 and a computer package.

Because of the relationship they have built, the Fadullos also supplied paborita to MLNI that continually promotes and sells their products to its market. Hijos Tours also integrated the Fadullos paborita to their travel boxes, proof that CARD has absorbed the paborita as one of its staple products.

Irene also appreciates the programs offered by CARD to its clients. “CARD has various programs that will help every individual grow. Aside from absorbing our products, they also provide trainings on financial management which helped us greatly,” Irene shared.

However, the pandemic became one more storm they had to overcome to succeed. The COVID-19 pandemic birthed not only health-related problems but also competitors who do not have permits but sell paborita at a cheaper price. Because of this, the Fadullo’s customers have set their sights on different paborita suppliers. To counter this problem, Irene set up their own Facebook page where customers may order paborita when not available in the market.

“As an entrepreneur, you need to know the kind of business you are dealing with,” Irene said. She continued, “More importantly, you should trust the product you are selling. You should not give up easily,” Irene concluded.

With the Fadullo’s dedication and their unceasing mission to grow their business, the Lipa-based bakery is sure to conquer storms one paborita at a time.