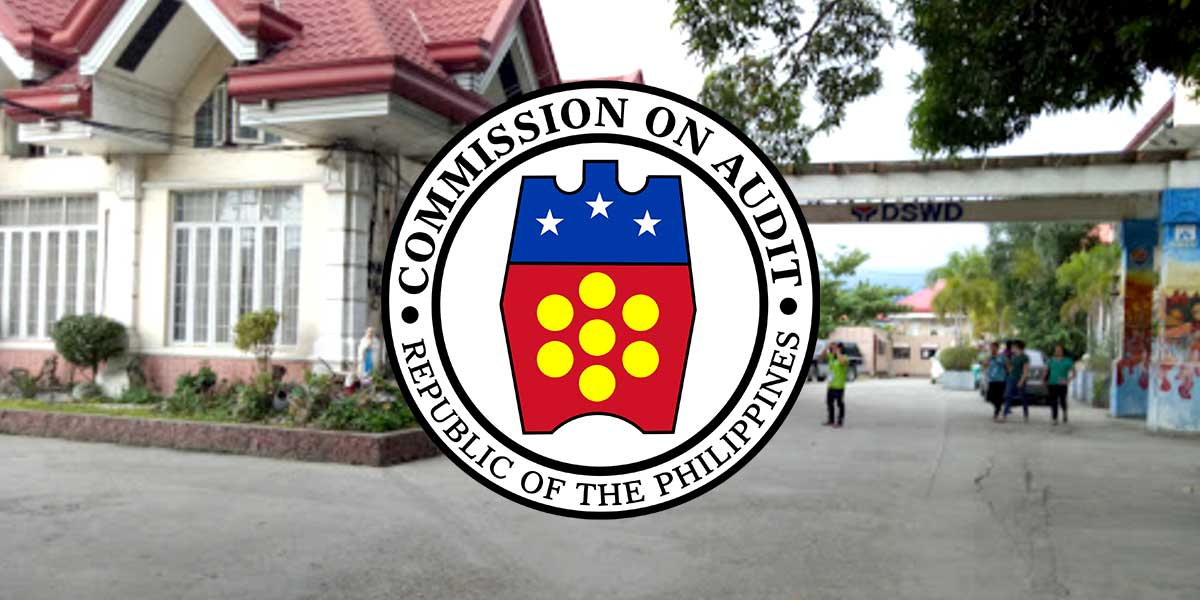 The Commission on Audit (COA) in its 2020 annual audit report flagged the Department of Social Welfare and Development-Region 6 (DSWD-6) for P73.51 million in unliquidated fund transfers, ineligible recipients, and overpayments in relation to the Social Amelioration Program (SAP).

The SAP was an emergency subsidy program of the DSWD under Republic Act No. 11469 (Bayanihan to Heal as One Act) for low-income families who had been validated as most affected by the community quarantines due to the coronavirus disease 2019 (COVID-19).

Families received between P5,000 to P8,000 monthly for two months, both in cash and in kind, to provide for basic food, medicine, and toiletries.

Beneficiaries of the SAP include:

–       Non-4Ps beneficiaries with low or no income, no usable savings, or those working in some Informal Economy sectors (e.g. small enterprise owners, small family businesses, farmers, etc.); and

According to the 2020 audit report, P38.96 billion of SAP grants in 6 regions were transferred to LGUs, including in Western Visayas last year. Out of this, only P35.05 billion had been liquidated in this region, with P4.36 billion still unaccounted for as of Dec. 31, 2020.

The audit agency said that this ran contrary to DSWD Memorandum Circular (MC) No. 04 series of 2020, and COA Circular No. 94-013, and “prevented the timely audit of the transactions and immediate correction of deficiencies by the management.

Section IX of DSWD MC No. 04 s. 2020 provided that LGUs must complete payouts or distribution within 7 days, or 10 days for Geographically Isolated and Disadvantaged Areas (GIDAs), from when the funds were received.

The LGUs were also mandated under the said MC to submit a Report of Checks Issued (RCI), or a Report of Disbursement (RD), duly certified by the LGUs’ chief accountant and approved by the Local Chief Executive, and a copy of the Official Receipt for any refund of the unutilized balance to the DSWD within 15 days from completion of the distribution.

Section 4.6 of COA Circular No. 94-013 states that an Implementing Agency (IA) shall submit an RCI or RD within 10 days after the end of the agreed period for the project.

Section 4.9 of the said Circular also provides that any unused balance should be returned to the Source Agency (SA), while Section 5.4 also mandates the SA to require submission of the reports from the IA.

The DSWD also signed Memoranda of Agreement (MOA) with LGUs to effect the SAP fund transfers, which also mentioned the provisions of the DSWD MC and the COA Circular.

The COA stated that the processing of these transactions without sufficient and relevant documents, or non-submission of the reports will affect the validity and propriety of the transactions.

They added that the LGUs’ possible lack of monitoring on compliance with the terms and conditions of the MOA (which may have caused the non-liquidation of funds), may have “defeated the purpose of the fund for which it was intended and also  deprived the beneficiaries of the benefits they could have gained from financial assistance.”

COA made the following recommendations, which the DSWD central office agreed to, without further management comments:

–       Enjoin LGUs to fast-track the distribution of cash assistance to the waitlisted  beneficiaries of SAP; and

–       Enjoin Field Offices’ accountants to require the LGUs to immediately submit the liquidation reports, and coordinate with them to expedite their submissions.

The COA also flagged the DSWD regional office for 118 ineligible beneficiaries of the 1st and 2nd tranches of the SAP in Iloilo province who received up to P1.07 million, with the following breakdown:

COA said that this ran contrary to Joint Memorandum Circular (JMC) No. 2 series of 2020, issued by the DSWD with the Department of Agriculture (DA), Department of Budget and Management (DBM), Civil Service Commission (CSC), and the Department of Interior and Local Government (DILG).

The JMC reiterated the condition that the SAP should only be catered to low-income families with no income or savings, and also stated that the qualifications are per family and not per individual.

–       Elected and appointed government officials, or personnel contracted in any national government agency, LGU, or government-owned and controlled corporation (GOCC);

–       Private sector or informal economy employees, including GOCC employees regardless of employer-employee relationship and of the fact they are receiving salary or wage;

The COA noted that unqualified beneficiaries across the country were:

–       Both husbands and wives claimed SAP either in the same barangay or in another barangay;

–       The same individual was listed in two separate households either as household head or household member, and;

–       Families with members working in the government, working in private entities, receiving pensions from the Social Security System and solo living, which were considered as ineligible or unqualified by the JMC, yet were still granted with SAP.

As of August 19, up to P2.68 billion in SAP grants have been given to 467,820 families in the city and province of Iloilo, with P2.77 billion transferred to LGUs and 4Ps grantees, based on the DSWD-6’s data portal.

The COA recommended the DSWD management to direct concerned officers to:

–       Investigate and evaluate the list of SAP beneficiaries and their qualifications;

–       Assign or hire additional personnel to conduct the validation of beneficiaries in cases where there will be additional benefits to be granted; and

–       Adopt measures to strengthen the selection process of beneficiaries in accordance with existing laws, rules and regulations.

Up to 10,052 beneficiaries in Western Visayas received overpayments in relation to the SAP. totaling to P66.60 million, with the breakdown as follows:

These beneficiaries were also paid COVID-19 related emergency assistance from various agencies. under JMC No. 2 s. 2020, they must refund to the DSWD excess subsidy that their family is not entitled to receive.

DSWD MC No. 5, s.2020, which provides for the supplemental guidelines in the provision of the SAP, also expressly said that 4Ps beneficiaries would no longer be eligible to other social amelioration measures.

The COA report cited that DSWD also provided additional measures, including JMC No. 2, to ensure the deduplication and extensive validation of SAP beneficiaries against lists of emergency assistance programs by other agencies.

The COA did note that out of the P66.60 million in overpayments in this region, 12.49 percent (P8.51 million) has been refunded back to the DSWD.

COA also cited loopholes exposed by the identified excessive emergency assistance, the limited time and manpower to implement the program, and the “nation’s unpreparedness” for such pandemic.

They made the following recommendations to the DSWD, which the department agreed to follow:

–       Conduct a strict and thorough deduplication procedure to establish the magnitude of the excess received by the SAP beneficiaries;

–       Create a team who will validate, investigate, and resolve data issues;

–       Demand the refund of excess emergency assistance given to SAP beneficiaries who were also recipients from other government agencies;

–       Submit a status report regularly for monitoring purposes; and

–       Disseminate an information and policy campaign to all 4Ps beneficiaries and discourage or strictly prohibit any duplicity in all claims.