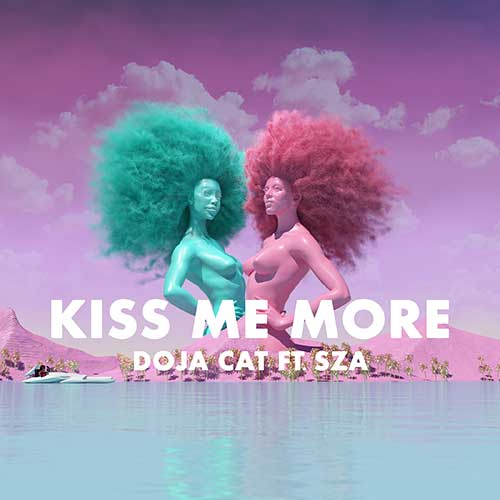 “Kiss Me More” ft. SZA, the highly anticipated first single off her much buzzed about new album was written by Doja Cat, SZA, Yeti Beats, Rogét Chahayed, tizhimself and Carter Lang and produced by Yeti Beats. It arrives with an epic music video, directed by Warren Fu (The Weeknd, Kehlani), which offers the first glimpse into the brand-new world Doja is creating.

Doja’s domination continues with the news that her 3rd album, Planet Her is coming summer 2021 via Kemosabe/RCA Records.

Just last month, 3-time GRAMMY nominee Doja Cat, took to the Grammy Stage for a show stopping performance of her smash hit “Say So” which was highly celebrated. She also graced the cover of V Magazine and released the music video for her runaway viral smash “Streets” which was directed by Christian Breslauer and starred actor/model Kofi Siroboe.