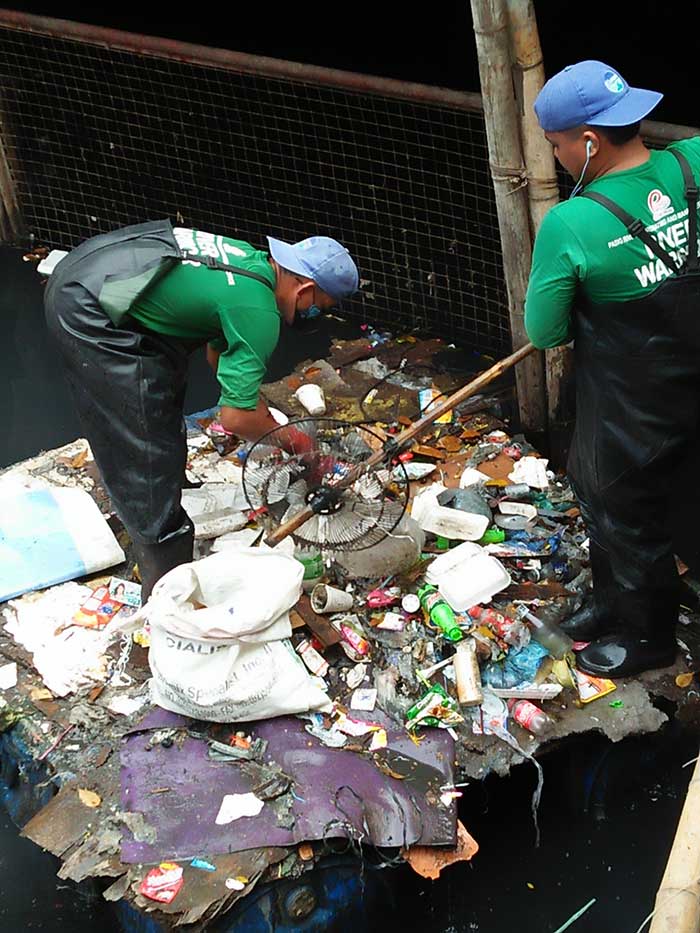 The EcoWaste Coalition has renewed its call on Metro Manila local government units (LGUs) and residents to strictly enforce the ecological management of discards following the flash floods that again swamped certain areas on Saturday night.

“The flash floods in some parts of the metropolis have again turned the spotlight on the need to improve the implementation of Republic Act 9003, or the Ecological Solid Waste Management Act,” said Jove Benosa, Zero Waste Campaigner, EcoWaste Coalition, noting that “carelessly thrown garbage on streets and waterways is aggravating the region’s vulnerability to flooding.”

The group cited data from the Metro Manila Development Authority (MMDA) to draw attention to the need to effectively enforce RA 9003, particularly to halt improper waste disposal, to help mitigate flash floods in the region.

According to the MMDA’s Flood Control and Sewerage Management Office, some 133 truckloads, equivalent to 2,130 cubic meters, of garbage were collected from January to June 2022 in 71 out of the 77 pumping stations operated by the agency.

“We therefore urge the newly installed Mayors of Metro Manila’s 17 LGUs to actively promote and enforce the basic requirements of RA 9003, including waste avoidance and volume reduction, segregation at source, reusing, recycling and composting, which are already reflected in existing environmental ordinances,” Benosa said.

Aside from contributing to flood mitigation, implementing RA 9003 will also help in preventing and reducing cases of water-borne diseases during the rainy period, including  dengue, chikungunya, cholera, dysentery, hepatitis A, leptospirosis and typhoid fever, the group said.

Among the 16 prohibited acts listed in Section 48 of the said law is the “littering, throwing, dumping of waste matters in public places, such as roads, sidewalks, canals, esteros or parks,” which carries a fine of P300 to P1,000, or one to 15-day community service, or both.

The EcoWaste Coalition had earlier urged President Ferdinand Marcos Jr. to reveal his environmental priorities in his first-ever State of the Nation Address (SONA) on July 25.