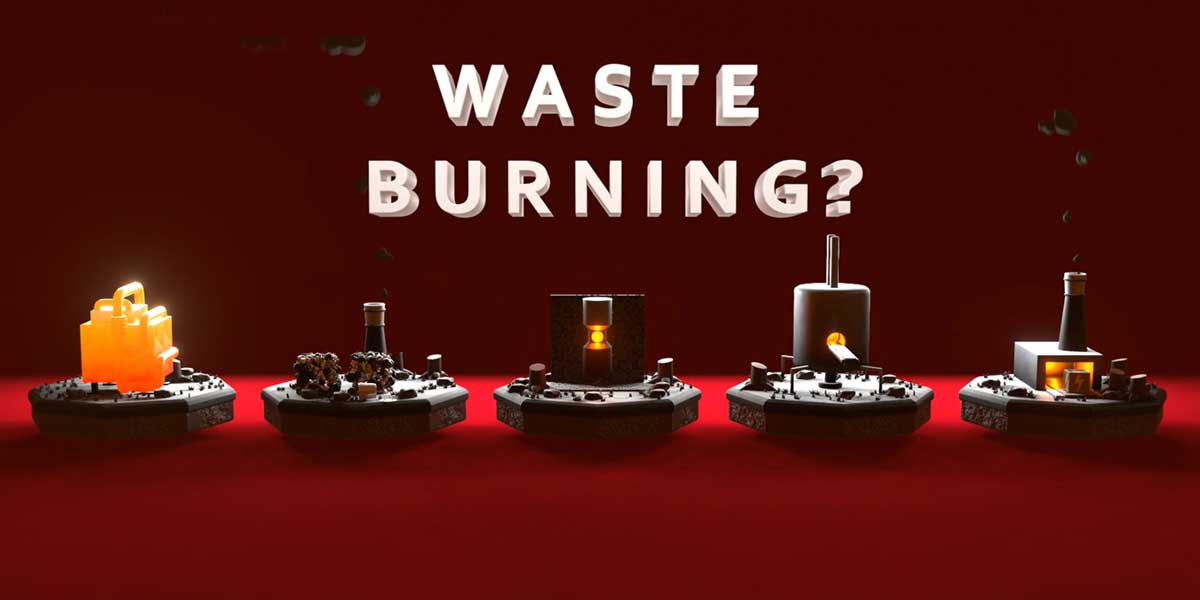 Featuring distinguished professor and environmental scientist, Dr. Jorge Emmanuel, the PSA deflates the arguments offered by proponents of incinerators. “WtE is simply waste incineration in disguise. It burns tonnes of municipal wastes to generate a small amount of net energy while emitting massive amounts of toxic pollutants and greenhouse gases.”

Similar to other countries in the Global South, waste incinerators are peddled in the Philippines, despite a national incinerator ban, as a solution to managing waste. In a privilege speech in September 2020, Senator Sherwin Gatchalian proposed including WtE facilities in managing and treating the country’s growing waste. Citing “sustainability” and “stability”, he justified that “incinerators do not only minimize waste but also generate energy.”

Dr. Emmanuel substantiates the fears that waste incinerators do fail in living up to their promises. “Continuous monitoring of the state-of-the-art waste-to-energy plant in Harlingen, Netherlands revealed dioxin levels exceeding legal limits so much so that grass and eggs in farms up to 10 km away had high amounts of dioxins. Even when governments adopt international emission standards, it doesn’t guarantee that dangerous emissions aren’t being released, especially in developing countries where there is no technical capacity to monitor emissions continuously.”

Yobel Novian Putra of GAIA Asia Pacific adds, “There are several waste incinerator proposals in the Philippines and all proposals claim that incinerators are clean and safe. What they don’t tell is that even in Europe, where standards are high, waste incinerators have been recorded to emit highly toxic pollutants — such as dioxins and heavy metal — and release immense amounts of CO2.”

“Further”, Putra adds, “Incinerators feed on highly combustible waste like plastic. Mostly made from fossil fuels, plastic that are burned in incinerators will add more than 850 million metric tons of greenhouse gases to the atmosphere—equal to the pollution from 189 new 500-megawatt coal-fired power plants.”

Dr. Emmanuel agrees, pointing out that “waste-to-energy incinerators are the most emission intensive form of energy generation, generating more total carbon emissions per kWh that coal, oil or natural gas.” They also undermine clean renewable energy sources such as solar and wind.

In the Philippines and the rest of Asia, Dr. Emmanuel notes that about half of municipal waste is composed of organic discards, which should be segregated at source and composted instead of incinerated.

“The calorific value and recovery efficiency of waste incinerators are dismal. We burn a lot of useful material to generate insufficient energy.” He expounds, “These facilities also take away resources that can be recycled, reused, or repurposed – and it affects the livelihoods of sectors that rely on recycling and materials recovery.”

A report released by GAIA found that waste incinerators come into conflict with the waste picking sector as it diverts valuable materials such as plastic, cardboard, paper, and textiles away from waste workers and waste pickers thus disrupting their livelihood and source of income.

Reiterating GAIA’s report and the sentiments of communities affected by waste incinerators, Putra stressed that, “Waste incineration is not a magical solution. In truth, waste incinerators would add fuel to the already ravaging flames of toxic wastes, air pollution, and climate change. In comparison, by opting for a Zero Waste path, we would save valuable resources, provide employment, and avoid getting locked into long-term contracts that would zap the economies of municipalities dry. For environment, climate and social justice, Zero Waste is the way to go.”

“Waste Burning Exposed”  is a 5-minute Public Service Announcement produced by the Global Alliance for Incinerator Alternatives (GAIA) Asia Pacific with support from the Pacific Environment. Directed by award-winning Filipino director, Ray Gibraltar with animation and technical support provided by Awestruck Productions – a group of young and talented filmmakers from Negros Oriental, Philippines.