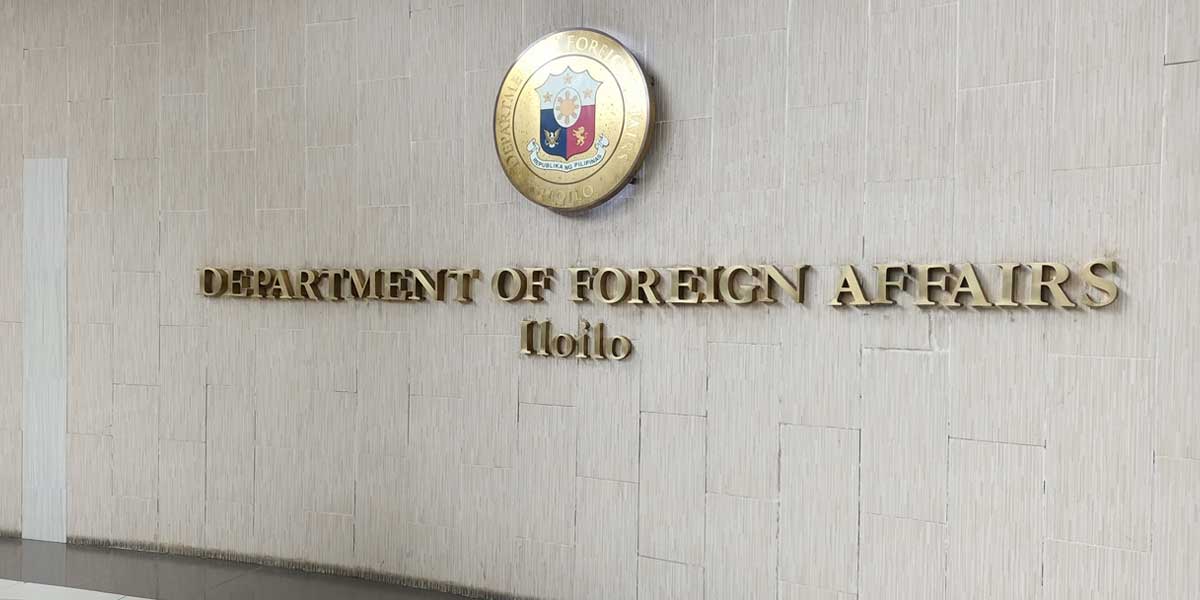 The Iloilo City government requested the Department of Foreign Affairs (DFA) to speed up their appointments and transactions to help Ilonggos especially Overseas Filipino Workers (OFWs) who are processing their passport applications and renewals.

Mayor Jerry Treñas made the appeal in a letter to DFA addressed to Sec. Teodoro Locsin Jr. Secretary of Foreign Affairs that was coursed through Sheila Marie Tu, officer-in-charge of the DFA Regional Consular Office, on Friday, March 11, 2022.

According to Treñas, he received many complaints from Ilonggos regarding the slow appointments with the DFA Regional Consular Office in Iloilo City.

“We have been receiving many complaints regarding the appointments with DFA Regional Consular Office in Iloilo City as it takes a long time for most Ilonggos to facilitate application, renewal, or releasing of their passports,” he said.

As the city slides to the new normal with the Alert Level 1 classification, Treñas appealed to the DFA to gradually load the appointment slots for passport application and renewals to accommodate more Ilonggos.

“As we ease through the new normal, and with the timely declaration of Iloilo being placed under Alert Level 1, the undersigned appeals for the DFA to gradually load the appointment slots for passport application and renewal to be able to accommodate more constituents,” he said.

He also advised the office to add more personnel help in speeding up the transaction process.

“We do understand that we are in a pandemic and we are still in a period of adjustment. However, as a government office, it is our duty to provide efficient service to our constituents. These submissions will be of great benefit and convenience to our constituents,” he added. (DG)