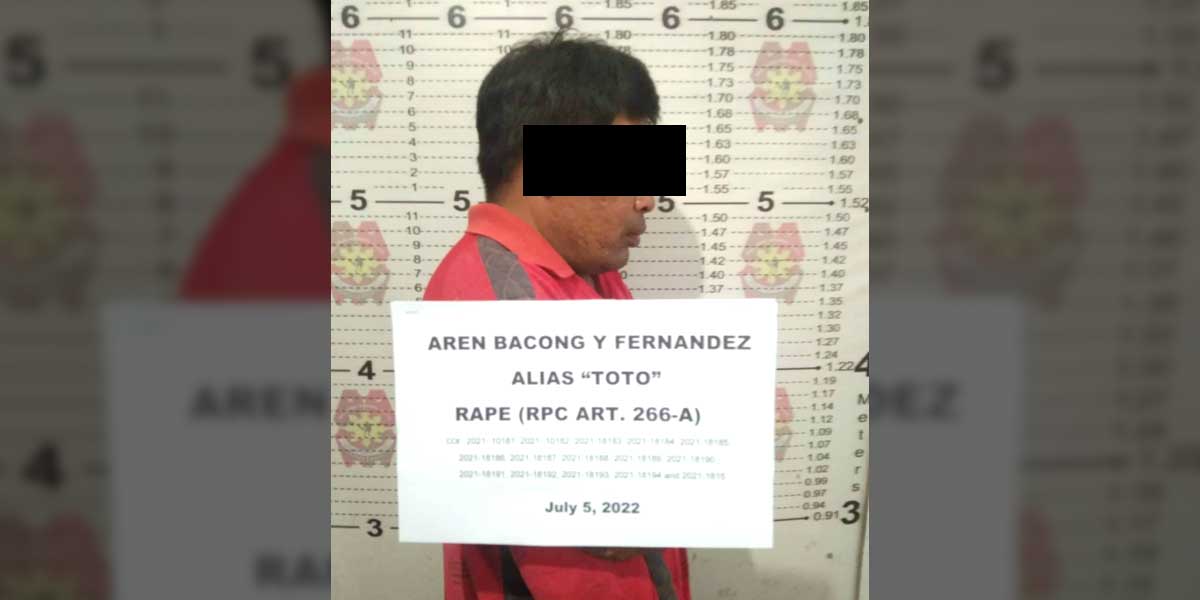 A fisherman considered as one of Iloilo province’s most wanted persons was arrested morning of July 5, 2022 in Banate, Iloilo.

Aren Bacong, 45, a resident of Barangay Sua, San Dionisio, Iloilo had been in hiding since he was hauled to court in 2020.

Article 266-A of the Revised Penal Code states that rape is committed even without the presence of elements of force, threat, intimidation, or fraudulent machinations, as long as the victim is under the age of 12 or is demented.

No bail was recommended for Bacong’s temporary liberty.

Reports claimed that Bacong raped a girl who was related to him by affinity.

No other information was released relative to the case.

Bacong is now detained for proper disposition of his case.