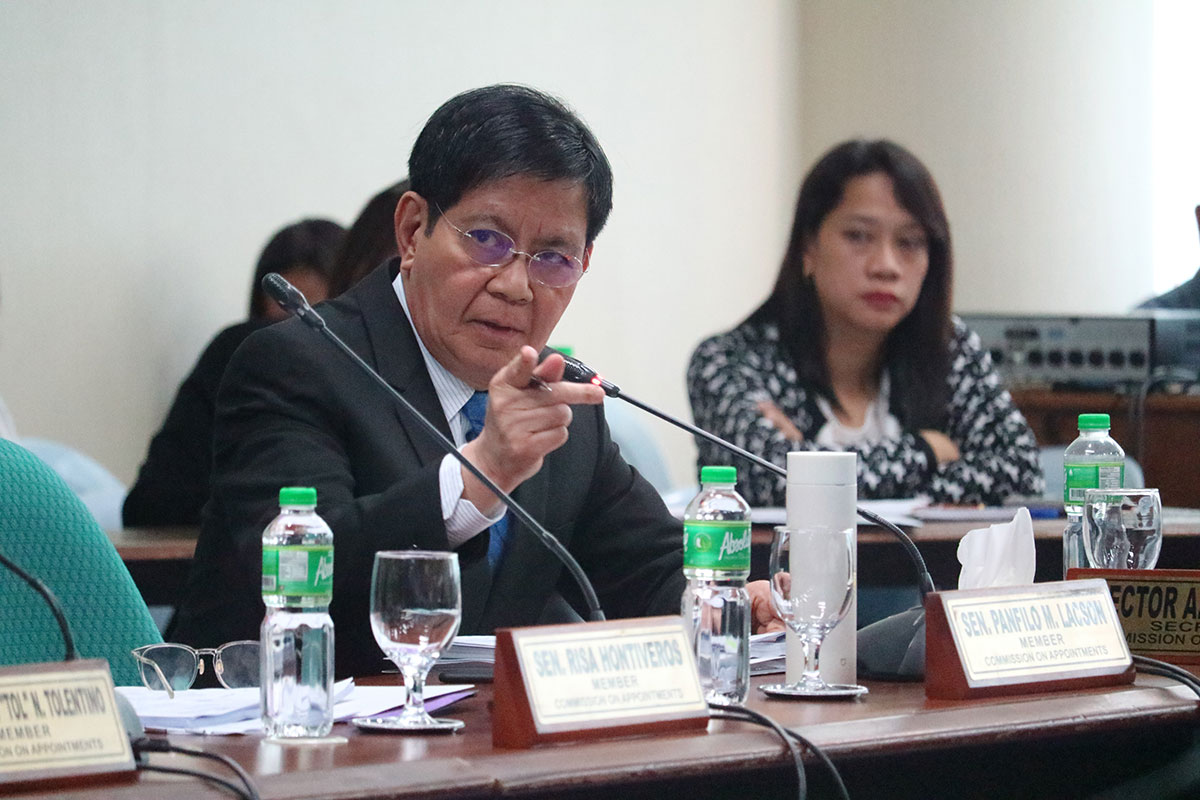 The senator mentioned in particular the Philippine Rise, which is a potential source of natural gas and other resources such as heavy metals and metallic minerals.

“More often than not, we only think of national security when we hear of China’s encroachment into our territorial waters. It’s actually much more than that… It has a great effect not only on our national security because that much is obvious – but our food security and our economic security are greatly affected,” Lacson said at the hearing on proposed legislation on the WPS issue.

Among the items discussed in Monday’s hearing were Lacson’s Senate Resolution 954 condemning China’s intrusion into the Philippines’ territory and exclusive economic zone in the WPS; and Senate Bill 2289 which he co-authored with Senate President Vicente “Tito” Sotto III, defining the Philippines’ maritime areas.

Lacson, who chairs the Senate Committee on National Defense and Security, called for more proactive efforts by the Philippines to urge the international community to exert pressure on China to comply with the arbitral ruling favoring the Philippines.