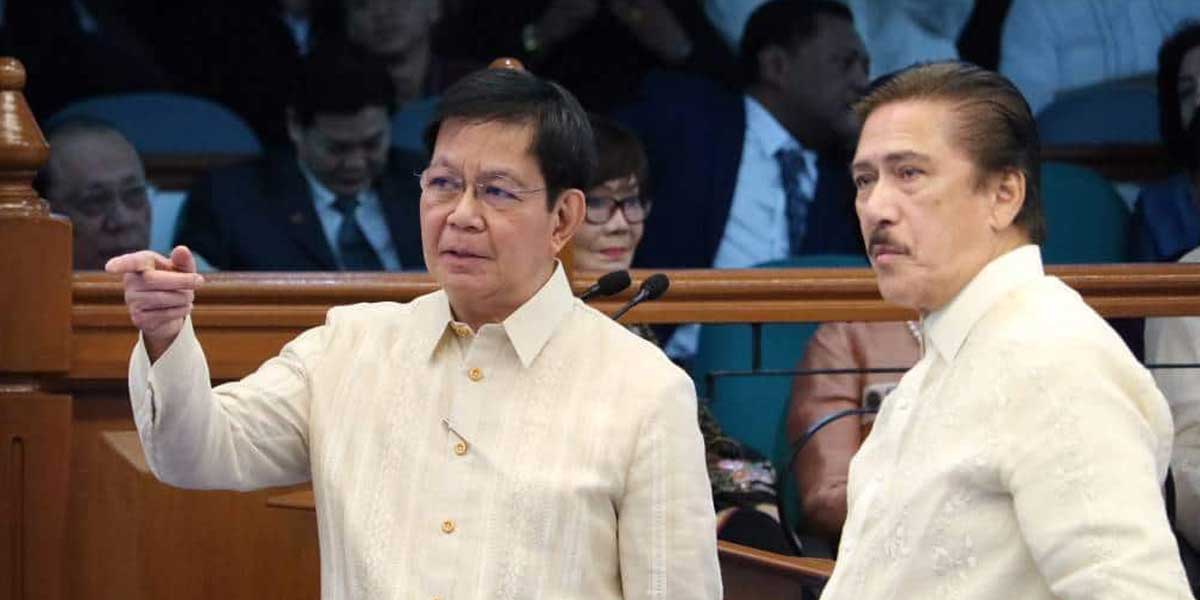 Partido Reporma chairman and standard-bearer Panfilo “Ping” Lacson and running mate Vicente “Tito” Sotto III have set their sights on blowing the lid off the multibillion-peso smuggling of agricultural products into the country even in their remaining five months as senators ahead of the 2022 national elections.

Stressing they wanted to alleviate the suffering of local farmers due to smuggling, which has deflated the price of their agricultural goods and thus slashed their incomes, Lacson and Sotto vowed to continue to lead the Senate inquiry into the illegal flood of meats and vegetables from abroad in the coming weeks in their barnstorming tour of Central Visayas over the weekend.

Lacson had previously exposed the broad smuggling of pork products that has undermined the local pork industry, which is already reeling from the lockdowns owing to the COVID-19 pandemic.

The veteran lawmaker previously said the government was being scalped face-to-face because instead of collecting proper tariffs on these products, some personalities were blatantly slipping by regulators with their illegal activities.

Sotto backed up Lacson by revealing the complaints they have received from local vegetable growers during their Senate investigations, as they visited Dumaguete City on Saturday to dialogue with the business sector and local officials there.

The Senate President said several vegetable dealers from Benguet and Mountain Province have written their offices to complain about the smuggling of products into their regions and markets.

“So, I delivered a privilege speech on the matter, so that we can have a full-blown investigation on what is wrong. Because apparently, the Bureau of Customs has tried to file cases against some of these complaints or the persons being complained by the vegetable dealers,” Sotto said.

He added that despite the billions involved in smuggling, authorities were only filing cases for violating the Food Security Act, which carries paltry fines of P50,000 up to P100,000 against those caught.

The Senate President and Lacson on Tuesday (December 14) will preside over the Senate Committee of the Whole hearing on the issue of agricultural smuggling as they try to get to the bottom of it, showing they valued their duties as senators first before campaigning for the May 9 elections.

Lacson previously said he is determined to eliminate the smuggling system in the country because as long as corrupt officials were earning from this practice, Filipinos from all sectors, not just in the agricultural sector, would continue to suffer from it.