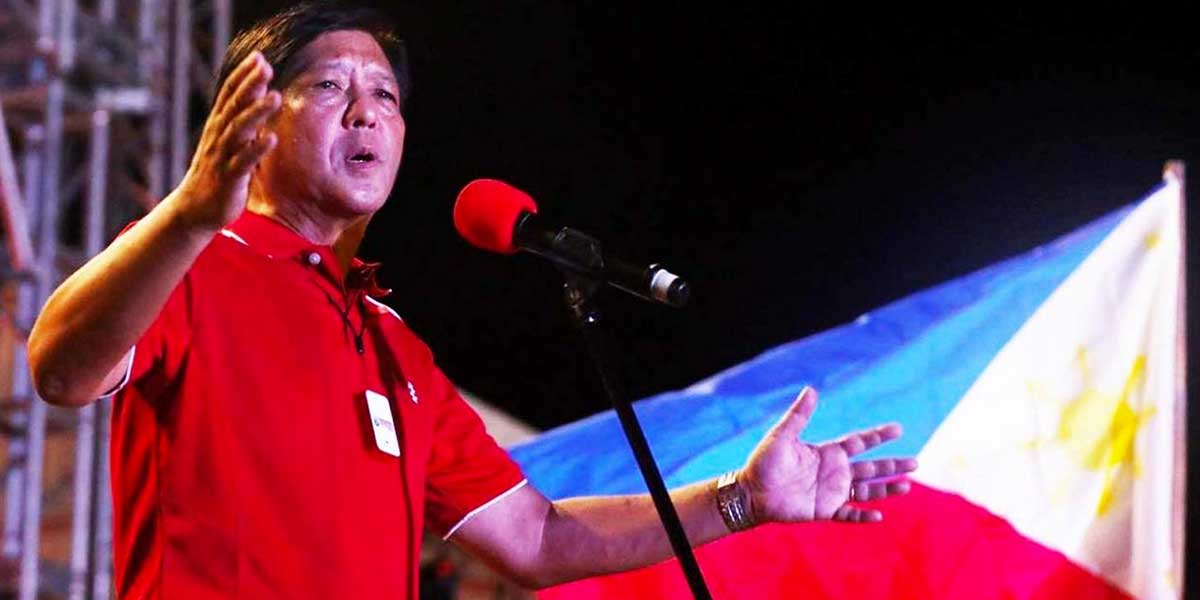 Ferdinand Marcos Jr. begins his presidency at 12 p.m. today, June 30, 2022 in what was dubbed as a simple inauguration ceremony at the National Museum in Manila.

A press statement from presidential spokesperson Atty. Trixie Cruz-Angeles cited Franz Imperial, one of the preparations committee heads, as saying that they are hoping that all the activities will go smoothly and according to plans.

The day starts with the traditional meeting of outgoing President Rodrigo Duterte and Marcos, son of the late dictator Ferdinand Marcos, in Malacañang Palace before they proceed, in separate vehicles, to the inaugural venue.

Duterte will be given departure honors before leaving the presidential palace.

The inauguration ceremony will start with the singing of the Philippine National Anthem, followed by an Ecumenical/ Interfaith prayer.

As previously reported, a 30-minute military-civic parade will follow.

Then the Senate President will read the Joint Resolution from both Houses of Congress before the administration of the Oath of Office of the President-Elect at exactly 12 p.m., as the Constitution mandates.

Slight changes have been made to Marcos Jr.’s inaugural speech after he was advised to make use of a teleprompter “to ensure sequencing and coherence,” the statement added.

For the inaugural song, Cris Villonco and the Young Voices of the Philippines choir will sing the Pilipinas Kong Mahal.

Villonco was chosen because she can sing traditional kundiman songs even as Marcos Jr. wants his inauguration to be very traditional and solemn.

The Young Voices of the Philippines, aside from being a multi-awarded group, will represent the future.

After the ceremony at the National Museum, Marcos will proceed to Malacañang for the mass oath-taking of his designated Cabinet secretaries and the inaugural dinner.

In the evening, the People’s Concert, which is part of thanksgiving activity, will follow.

The Philippine Philharmonic Orchestra, the country’s leading orchestra and is widely regarded as one of the top musical ensembles in the Asia-Pacific region, will serenade the people to express the incoming President’s gratitude for the massive support he received from them.

Cecile Licad, a world-renowned and awarded classical pianist, will render a solo performance.

Marcos personally requested the Philippine Philharmonic Orchestra and Licad, who is one of the finest virtuosos and the country’s most celebrated pianist, to perform in the concert.

For the morning activities, Marcos Jr. will wear a modern barong inspired by the rayadillo, which was the traditional military uniform in the Spanish era.

Multi-awarded designer Pepito Albert designed both the said barong as well as a fully embroidered barong from Taal that Marcos will wear for the evening’s activities.

Aside from Marcos Jr.’s barongs, Albert also designed barongs for his three sons, his mother former First Lady Imelda, and his sister Irene Marcos-Araneta.
On the other hand, the terno to be worn by Marcos’ wife Liza was designed by Filipino designer Lesley Mobo, another international fashion genius. It was made from a vintage pina fabric.

The President and the First Lady will showcase the country’s talents by using Philippine-made shoes.

Authorities have already announced the road closures and traffic re-routing for the significant event.

Protocols have also been announced, which include a negative RT-PCR results taken 48 hours prior to the event.

Guests are also required to be fully vaccinated or boosted and to comply with minimum public health standards.

Drinking water that guests will bring should be contained in a clear, plastic container.

The bags they would use to hold personal essentials should also be transparent.