Picodi.com analysts checked how the minimum wage rates have changed in 64 countries and whether such amounts can ensure a minimum standard of living in a given country.

The Picoldi study covered countries with a government-set minimum wage—a total of 64 countries in Europe, North and South America, Africa, Asia and Australia. These countries differ in the tax rate: in several countries, a person earning the minimum national wage is exempt from income tax and contributions (Hong Kong, Philippines, Nigeria), while in other countries the difference between gross and net income may be up to several dozen percent. For this reason, the list only includes net amounts, i.e. money that the employee actually receives in cash or on his bank account.

Out of the 64 countries included, in 10 countries the minimum wage rates have not changed compared to the previous year. These include Israel, Philippines, Thailand, Vietnam and Peru, and in Slovenia, at the time of writing this report, the final amount has not been ultimately accepted.

The highest increase in the minimum wage was recorded in Montenegro. As a result of, among others, favourable tax changes. The country of former Yugoslavia increased to $514 net (up 103%). We also noted a major minimum wage increase in Argentina (55%), Turkey (50%) and Kazakhstan (41%).

For the purpose of this study, we created a contractual list of basic food products and compared the prices of these products with the minimum wage. The list consists of 8 product groups: bread, milk, eggs, rice, cheese, meat, fruits and vegetables. The list is very limited, but in the amounts indicated, these products are sufficient to meet the minimum nutrient requirements of the average adult. 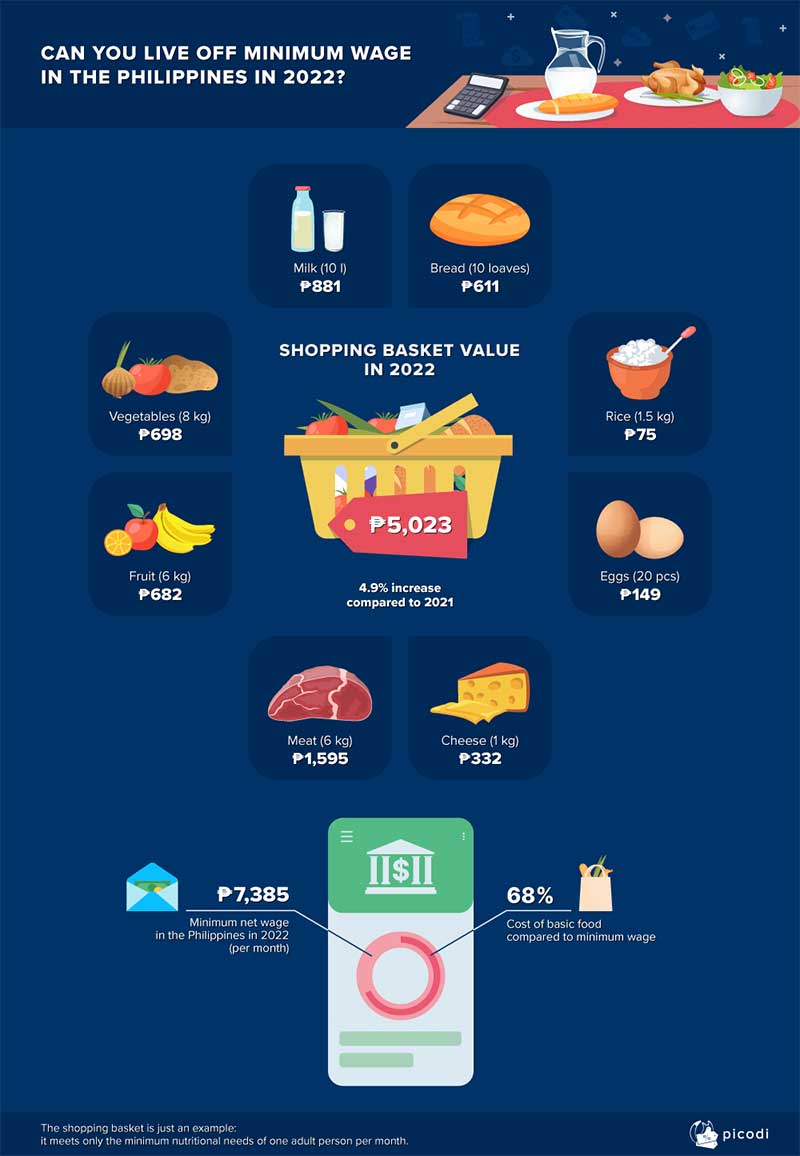 WHERE CAN YOU LIVE OFF THE MINIMUM WAGE

Since food preferences and perceptions of a comfortable life vary from region to region, and even from person to person, we decided to compare the prices of basic food products with the minimum wages to see how much of the minimum income a person has to spend on necessary products. 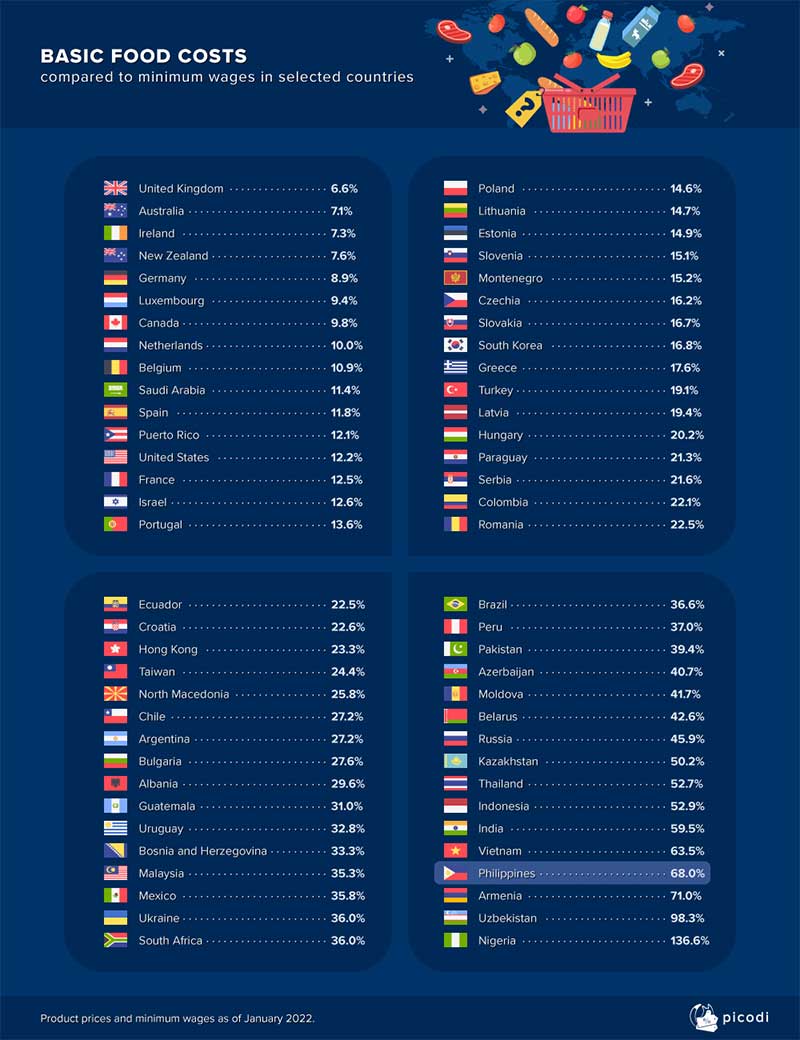 The top countries in this ranking are the United Kingdom, Ireland and Australia: the ratio of basic products to the minimum wage ranges from 6,6% to 7,3%.

The situation of minimum wage earners in Russia, Kazakhstan or India is not easy: in these countries, the minimum cost of basic food products consumes about half of their salary. On the other hand, in Nigeria, the minimum wage is not even enough for a modest basket of products.

In this study, we compared the monthly minimum wage for full-time work in January 2022 with wages from January 2021. These rates come from official government websites, relevant ministries or committees. We have omitted countries where the minimum wage is negotiated by individual trade unions and where there is no statutory minimum wage (such as Switzerland, Italy, Singapore and northern European countries). For countries where the minimum wage differs by region (USA, Philippines, Thailand, Vietnam), we calculated and used the arithmetic mean of all regions. We obtained the net amounts using local salary calculators.

The set of products used in this study is a contractual list of basic food products, created for statistical purposes only. The amounts given have been calculated based on recommendations of some health ministries regarding the minimum standards of food consumption. The prices of the contractual food products come from the portal numbeo.com, where consumers around the world monitor the prices of food and other products and services.

We converted the local currencies using the average Google Finance exchange rate for the fourth quarter of 2021.