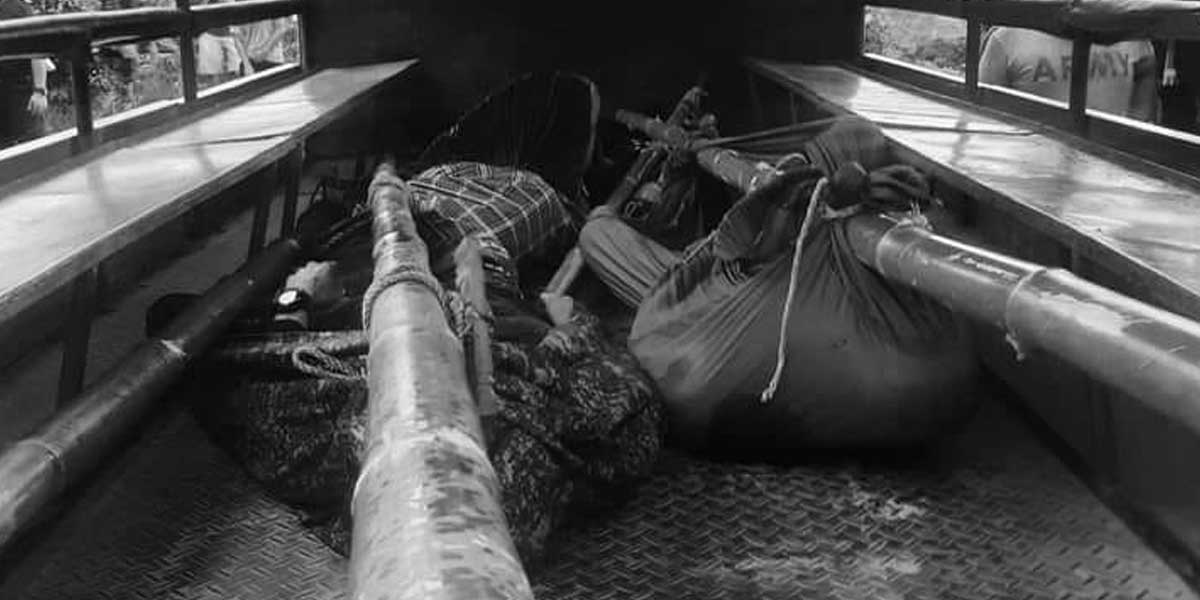 BACOLOD City – The Apolinario Gatmaitan Command of the New People’s Army (NPA) condemned the killing of their four comrades in Binalbagan, Negros Occidental last Wednesday, calling it as a “massacre of sick Red fighters.”

Ka Juanito Magbanua, spokesperson of the rebel group, said the soldiers raided a hut in Barangay Santol where a small unit of Red fighters, including the slain four rebels, temporarily sought refuge after some of them contracted flu and other illnesses.

The soldiers allegedly arrested them, and fired their assault rifles, machine guns, and grenade launchers to conjure a scenario of an armed encounter, he added.

“This is a fake encounter to justify the massacre of sick Red fighters,” Magbanua said.

By virtue of their medical condition that rendered them incapable of fighting, they should be treated as hors de combat as per International Humanitarian Law and should not be subjected to any harm, Magbanua said.

The group released the names of their slain comrades as Roel “Ka Jack” Ladera,

Nica “Ka Chai” Dela Cruz, Alden “Ka Rocky” Rodriguez, and Roel “Ka Caloy” Deguit, which are in contrary to the reported names of the Army.

The 303rd Infantry Brigade (IBde) even linked these slain rebels as one of those who ambushed the personnel of Binalbagan Municipal Police Station in Barangay Bi-ao early this year, which left two policemen wounded.

In response to the statement of the NPA, Captain Kim Apitong, spokesperson of 3rd Infantry Division (ID), maintained that the encounter really happened.

Apitong said the NPA can deny all they want, as they usually do it as a propaganda.