Last Dec 7, 2021 at 3:30 am, Hardeliza Besa, a resident in Brgy. Navitas spotted a sea turtle laying eggs in the seashore. She then informed Brgy. Captain Vicente Regalado about her discovery around two hours later.

Ci-o decided to transfer the eggs cautiously some ten 10 meters away from the water and cordoned it with a fish net for protection. From then on, Ci-o and his staff monitored the area to ensure the protection of the eggs.

On February 7, 2022, at around 3 a.m., the hatchlings crawled out of their shells. A total of 106 hatchlings out of 127 eggs were released to their natural habitat 1pm of the same day. 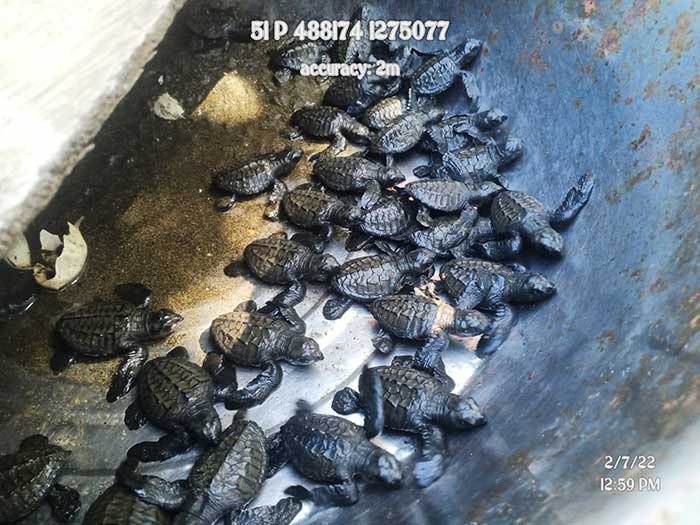 DENR PENRO Capiz spearheaded the release of the hatchlings in the shores of Brgy. Navitas in Panay, Capiz.

Panay is one of the sixteen municipalities in the province of Capiz, and it lies along the coastal areas of Northern Panay Island. The presence of the turtle hatchlings were deemed a blessing by the locals in the area. (DENR RSCIG 6/PENRO Capiz-Public Affairs Unit)