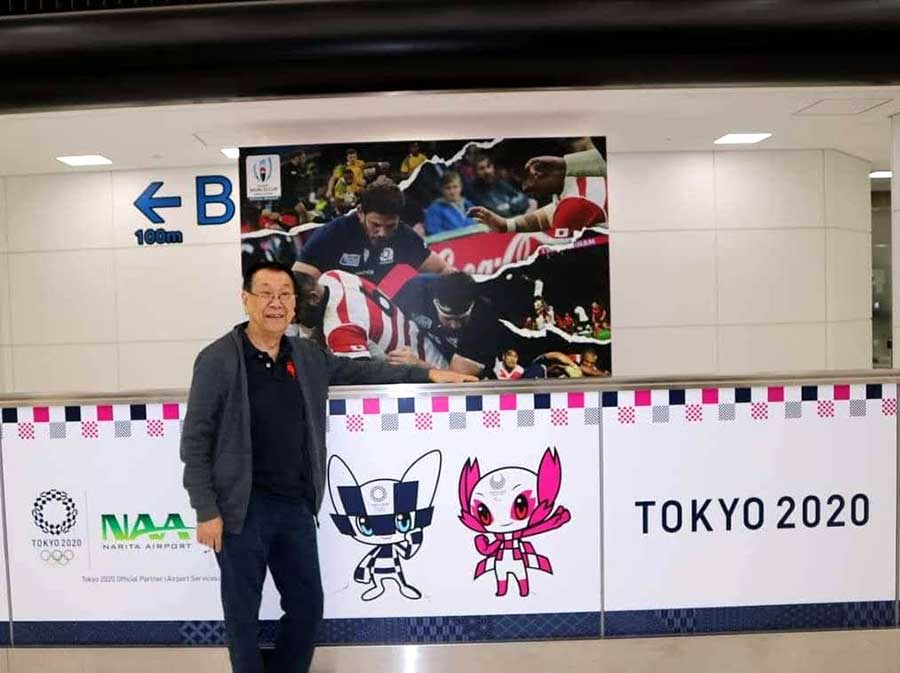 March 24, 2020 – a nightmare begins. With heartbreak but with supreme grace and Japanese courage, the Organizing Committee of the 2020 Olympic Games, the International Olympic Committee (IOC) with the Japanese government announced the postponement of the 2020 Games, four months before the start of the Summer Games.

All things considered, pitted on the gravity of the Coronavirus devastating the world, the decision to move the Summer Olympics and Paralympics to July 2021 was regarded as “safe” by many, even to the most skeptical. Athletes, the world over, heaved a huge sigh of relief. The anxiety of competing with so much uncertainty gone. Now, to focus on the reprogramming of their training, with the ultimate goal to peak at the right moment in 2021.

Appreciating Japanese discipline with admiration, the Tokyo Organizing Committee (TOC) announced that all new venues including the Olympic Stadium were all completed in 2019, with the exception of the Tokyo Aquatics Center which opened in February of 2020.

So far so good for the athletes the world over.

On March 20, 2021 or just a few weeks ago a joint statement from IOC and TOC and its affiliates, a policy on entry of the overseas spectators into Japan was determined. The statement read:

“Currently, the situation of COVID19 in Japan and many other countries around the world continues to be very challenging, including the emergence of mutant strains, whilst international travel remains severely restricted globally, the parties on the Japanese side have come to the conclusion that overseas ticket holders will not be able to enter Japan at the time of the Olympic and Paralympic Games.”

As an advocate of encouraging and preparing cities to bid and host sporting events, I can only feel the pain, frustration and devastation resulting from these hard decisions made to avoid an already worse situation.

Postponing the Games was crippling to the sponsors, airlines, hotels, venues, media and television rights holders and host city, Tokyo. For the host city, it means an additional $5.7 billion cost to an already over-run budget of $28 billion.

Barring spectators from all corners of the world from going to Tokyo will now result in catastrophic losses to the host city and its tourism industry. According to a study made by Prof Katsuhiro Miyamoto from the Kansai University, staging the Olympics and Paralympic behind closed doors will result in a loss of $23.1 billion.

Filipinos, by the thousands, had the intention of attending the summer Olympics in Tokyo for many a good reason. First and foremost, it is in our neighborhood and with such affordable airfares offered by Cebu Pacific and Philippine Airlines, it could be our only chance to catch a dream of attending an Olympics.

My group of 22 had our dreams of going to the Tokyo Olympics dashed. Fortunately, we only had our flights booked (now rebookable and refundable) and accommodation through our friends in Tokyo well arranged.  Paris in 2024 and Los Angeles in 2028, may indeed be somewhat challenging for some of us in our 70s today.

The organizers reported that 4.48 million tickets for the Olympics and 970,000 for the Paralympics have already been sold.  Full refunds will not be expected as there is a third party ticketing agent claiming operational expenses from their commissions and the host can only consider refunds based on the net amount they received.

As you read this, the Olympic torch is about 100 days from Tokyo. Started from Fukushima on March 25, 2021, it will go through 47 prefectures carried by 10,000 torch bearers, before arriving at the Tokyo National Stadium on July 23, 2021 for the opening of the XXXII Olympiad.

As sports-loving patriots, we can only appreciate the struggles of our Japanese hosts over the last full year and the ordeals and tribulations they are to face in the months ahead. Let’s pray for them. Send them our athletes, bask with them in their participation and glory. They will be in good hands in Japanese soil and hospitality. Our regrets for not joining you.

Just by the participation of athletes the world over, it sends a powerful message, not of defiance, but one of inspiration and healing as one.

Nelson Mandela once said, ” Sports can create hope, where there was once only despair.”

Charles Lim is the founder and chairman of the Philippine Sports Tourism Awards. He has been an advocate of sports tourism since 2004 with the inception of the Sports Tourism Forum – a popular seminar for those in the sports and hospitality industries – which is presently still ongoing. He can be reached at [email protected].