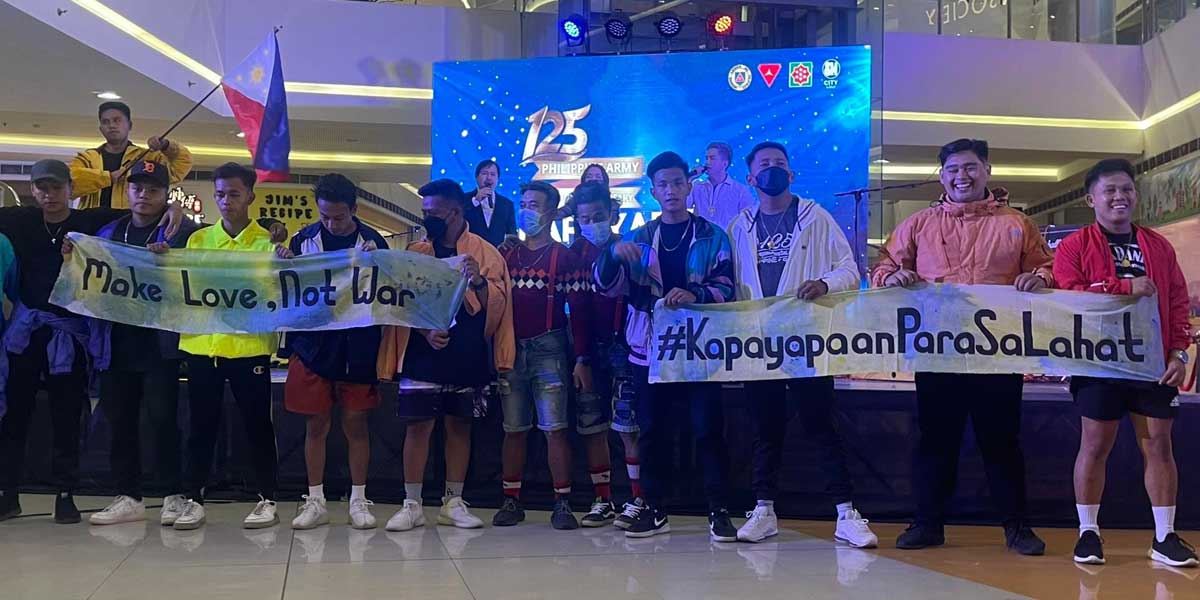 Peace through music? Why not, said the Philippine Army, as it celebrated its 125th founding anniversary by holding a “peace concert” in several parts of the country.

In Western and Central Visayas, the 3rd Infantry (Spearhead) Division had its own concert dubbed as “United in Music, One for Peace” at the SM City Mall in Mandurriao, Iloilo City on Saturday, March 12.

Taking from a cue from the modesty of Philippine Army chief Lieutenant General Romeo Brawner Jr., this year’s celebration was simple yet meaningful.

Instead of having a big celebration at the general headquarters, the activity was conducted in other parts of the country to reach out to more people.

“We did it through the holding of a peace concert to show that peace is not only for the uniformed service,” he said.

Through music, Arevalo said peace is better understood by people with different ethnicity, religion, and background.

“That’s why, we are here today in the name of music and peace,” Arevalo said, as he delivered his speech before the start of the concert. “We want to live up to our theme na ang kapayapaan

And that, “music strengthened resolve to have peace,” he added.

Aside from the 3rd ID’s Spearhead Band, the activity was also participated by Police Regional Office 6 (PRO-6)’s Mandirigmang Mang-aawit.

It was gathered that similar activity was simultaneously conducted all over the country.

The PA was founded on March 22, 1897 after the signing of the Tejeros Convention with Captain General Artemio Ricarte as its first Commanding General.