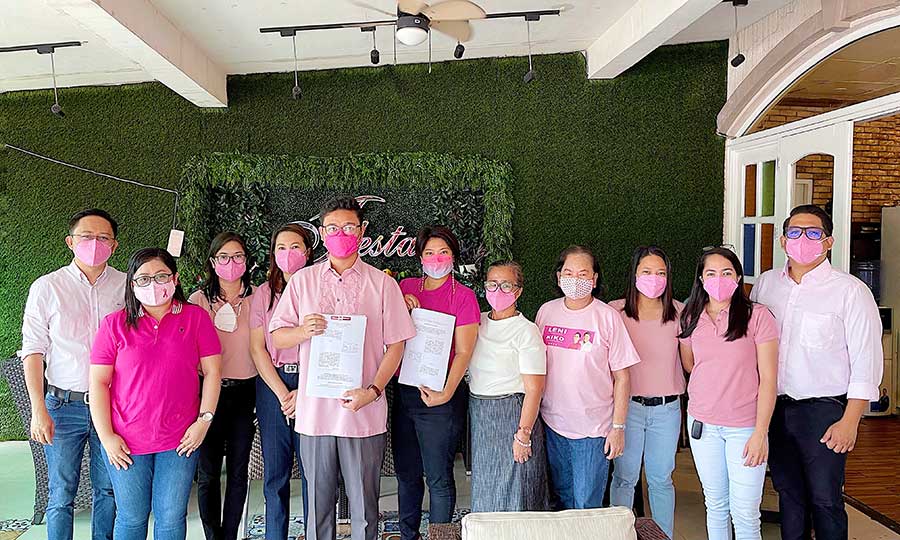 Today, March 1, 2022, private individuals who are supporters of Vice President Leni Robredo, filed a extremely urgent petition for certiorari, prohibition and mandamus to the Supreme Court against the Commission on Elections (COMELEC) to question its interpretation of section 21 (o), section 24 and section 26 of COMELEC Resolution 10730, when it applied these to non-candidates and their private properties. The petitioners asked the Supreme Court to order the COMELEC to cease and desist from applying these provisions to petitioners and all other private citizens, and to return and/or restore all tarpaulins, posters, billboard, murals, and other election materials dismantled, removed, defaced and/or confiscated pursuant to Oplan Baklas.

In the petition, the petitioners asserted that COMELEC Resolution 10730 applies only to candidates and political parties, and not to private individuals such as petitioners. The right of private individuals to express their beliefs in relation to elections of public officials has been decided previously by the Supreme Court, in the case of Diocese of Bacolod v. Comelec, when it said:

“COMELEC had no legal basis to regulate expressions made by private citizens.

Respondents cite the Constitution, laws, and jurisprudence to support their position that they had the power to regulate the tarpaulin. However, all of these provisions pertain to candidates and political parties. Petitioners are not candidates. Neither do they belong to any political party. COMELEC does not have the authority to regulate the enjoyment of the preferred right to freedom of expression exercised by a non-candidate in this case.”

Further, petitioners argued that posting of election materials in their private property is an act of ownership. Any restriction on this right to one’s property must be reasonable and there should be a law supporting it. Petitioners reiterate that the COMELEC resolution applies only to candidates and political parties. And there is no clear and present danger in the present case that would necessitate intrusion by the COMELEC on private properties.

All these grounds affirm that the COMELEC has no basis in law to regulate the political expression of private individuals. To allow COMELEC to continue in taking down their tarpaulins, posters, and other election materials would contravene the previous decision of the Supreme Court, and more importantly, the fundamental freedoms of speech, expression, and due process of law, which the Supreme Court upheld in the cited case.

To be clear, while the petitioners are supporters of presidential candidate, Vice-President Leni Robredo, the instant case refers to fundamental and constitutionally protected rights and liberties which apply to everyone, regardless of political inclinations and beliefs.