Guimaras registered 1,509 deaths in 2021, with 22.20 percent, or 335, of which were caused by Severe/Community-Acute Pneumonia, the top leading cause of death in the province, based on data from the Philippine Statistics Authority’s (PSA) Decentralized Vital Statistics System (DVSS). 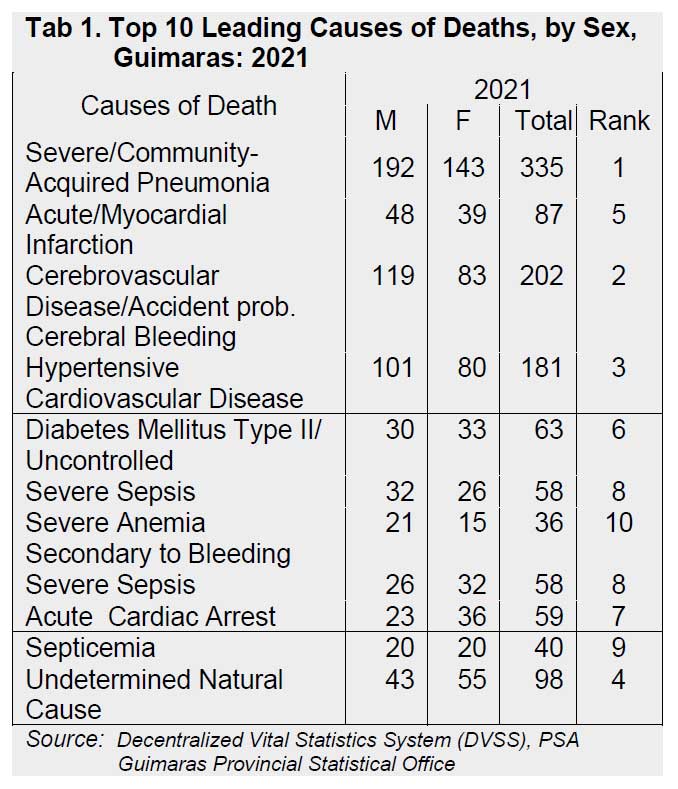 Losare also explained that six out of ten leading causes of deaths were common among males, while four were higher among females, namely Diabetes Mellitus Type II/Uncontrolled (52.38%), Severe Sepsis (55.17%), Acute Cardiac Arrest (61.02%), and undetermined natural cause (56.12%).

“A large gender gap was noted among males that suffered from Cerebrovascular Disease/Accident prob. Cerebral Bleeding (17.82%); Severe Anemia Secondary to Bleeding (16.67%), and Severe Community-Acquired Pneumonia (14.63%) while the least gender gap was observed among those with Diabetes Mellitus Type II/Uncontrolled,” Losare said. 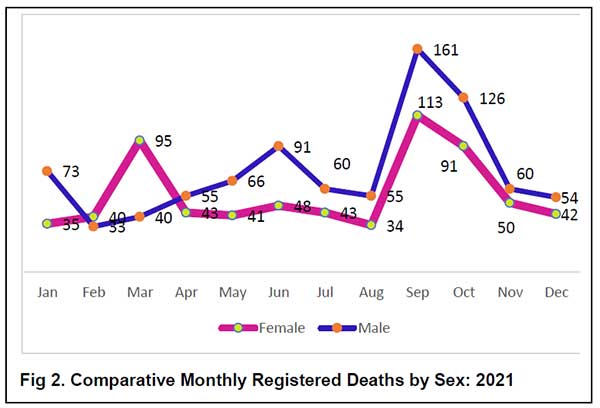 Losare also explained that there were equal fatalities among males and females due to Septicemia. 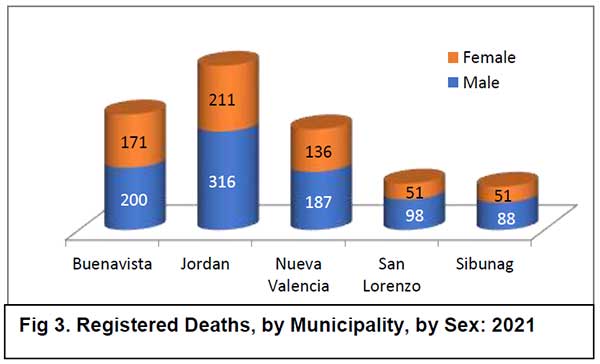