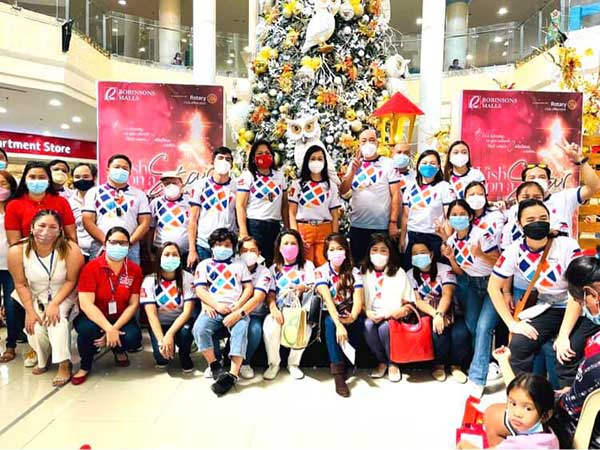 To usher the Yuletide season, the Rotary Club of Bacolod and Robinson’s Place Bacolod celebrates the annual “Wish Upon A Star” last December 18, 2021 at Robinsons Place Bacolod Fountain area in Bacolod City

This annual benefit activity is in partnership with the Rotary Club of Bacolod, Robinson’s Place Bacolod and other donor-partners wherein they bring 110 poor children from selected coastal communities to the Robinsons Place Bacolod and share the spirit of Christmas thru gift giving, entertainment and snacks/lunch.

The Rotary Club of Bacolod has been celebrating the annual “Wish upon a Star” for the past 23 years now.