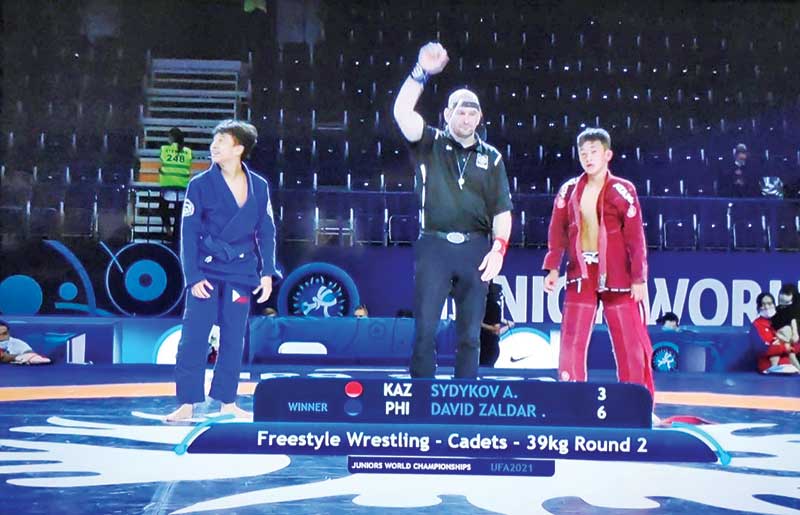 An Ilonggo who is a member of the Philippine Youth Wrestling team just impressed the world with his outstanding performance during the recently concluded United World Wrestling (UWW) Junior and Cadets World Grappling Championships.

Zaldarriaga capped off his stellar run with a silver medal finish in the Gi event and a bronze medal in the No-Gi event held at the Ufa Arena in Ufa, Russia.

Del Rosario dominated in his division and was able to take home two silver medals for the Philippines while Aguilar bagged two bronze medals in the Cadets’ 50-kg.

Meanwhile, Marte produced the same number of bronze medals as Aguilar in the Cadets’ 58-kg category while Afan had a lone bronze in the Cadets’ 85-kg.

“These kids grew and matured into teenagers that gave the Wrestling Association of the Philippines their best results ever in its history of international competition. Three silvers and six bronze medals to finish third overall. Yes, you guys placed the Philippines on the map as we trained you to do ever since you were little,” said Philippine Wrestling Federation (PWF) president Alvin Aguilar.