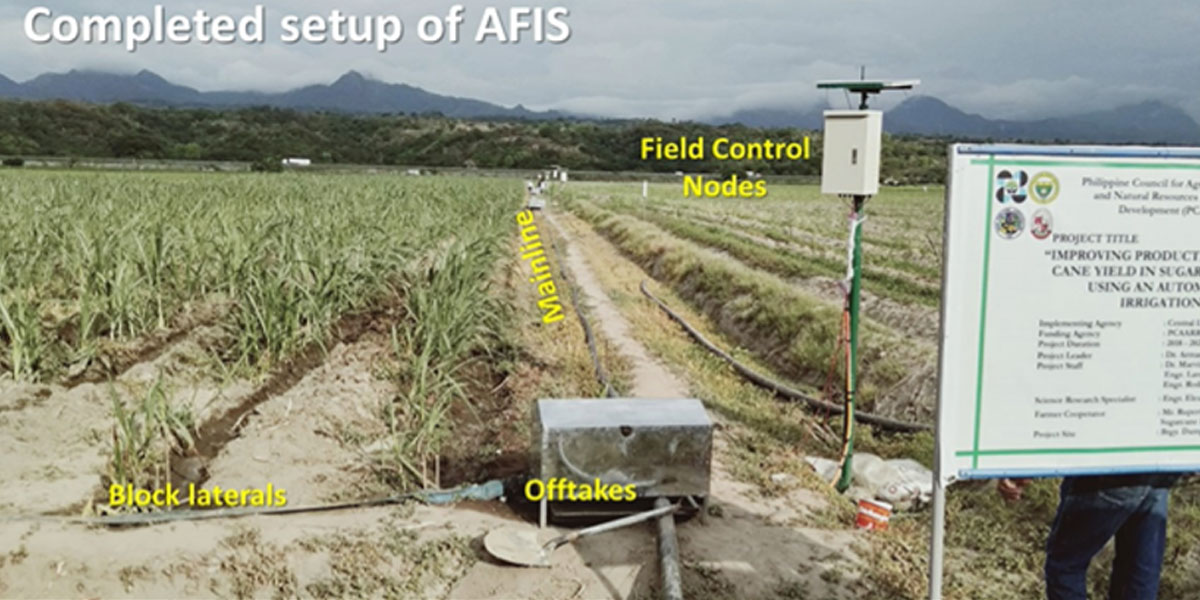 This highlights the result of the recently completed project implemented by Central Luzon State University (CLSU). Results were explained by CLSU project leader Dr. Armando N. Espino, Jr. during a webinar on sugarcane production recently organized by the Philippine Council for Agriculture, Aquatic and Natural Resources Research and Development of the Department of Science and Technology (DOST-PCAARRD).

Dr. Espino further said that results of field trials in a 1.5-hectare farm at Brgy. Dampe, Floridablanca, Pampanga showed that with AFIS, the height of sugarcane stalks was higher.

With AFIS, yield was 58% higher than that in the conventional furrow irrigation system, water savings was high at 47%, and water productivity or yield per unit volume of water used was also high at 132.87 kilogram per cubic meter (kg/m3). 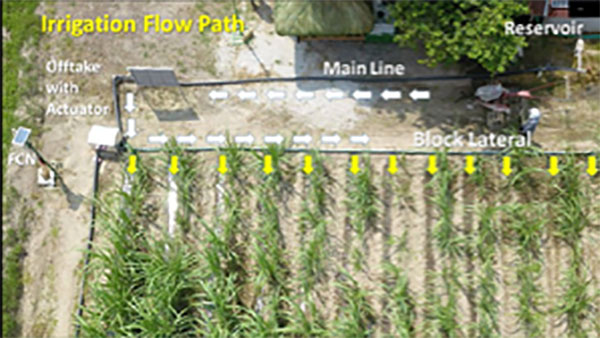 He also reported positive results of computational analysis of the juice extracted from the harvested sugarcane. The amount of sugar that can be recovered per ton-cane is higher at 1.98 Lkg/TC compared with that from the conventional furrow irrigation system with only 1.48 Lkg/TC.  Lkg/TC means 50kg sugar per ton-cane.

This PCAARRD-funded project was conducted in coordination with Dampe Palay and Sugarcane Producers Cooperative in Pampanga.

PS862 sugarcane variety with a planting density of 30,000 cane points per hectare (ha) was used in the experiment.

A CLSU-developed mobile application remotely controls the opening and closing of the valve. The valve opens when the soil moisture level reaches its threshold value and stops at a cut-off time determined automatically by the system.

With AFIS, Dr. Espino said that water savings of 2,020 cubic meter per hectare (m3/ha) can be generated. Hence, labor cost for irrigation becomes lower due to automation.

As such, AFIS is worth the investment in the long run. (Ofelia F. Domingo/DOST-PCAARRD S&T Media Services).

PH, France to increase cooperation in agriculture and climate change, among other areas