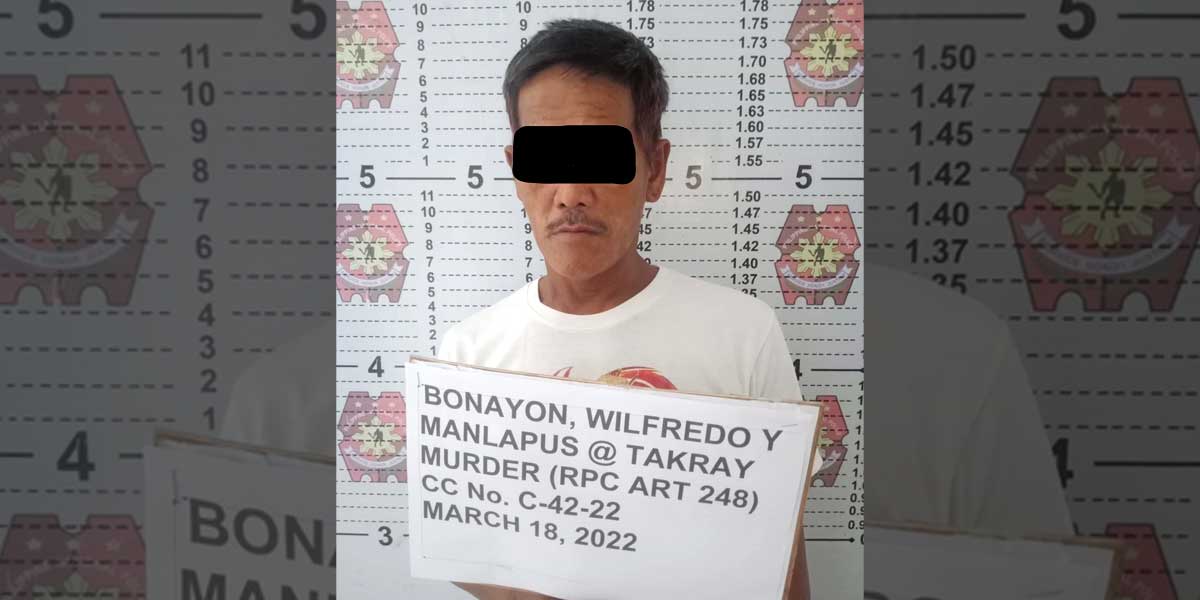 ROXAS CITY, Capiz – The No. 7 Provincial Level Most Wanted person in Capiz was arrested on March 19, 2022 here.

Judge Esperanza Isabel Poco-Deslate of the Regional Trial Court Branch 19 in Roxas City issued the arrest warrant on March 4, 2022 for the crime of murder.

Bonayon is detained at the Roxas City police station.

Joseph Nuevo of said place did not resist when the police served the warrant of arrest issued by RTC Branch 21 Judge Rommel L. Leonor of Mambusao Capiz on March 15, 2022.

Nuevo is detained at Mambusao Municipal Police Station for failure to post bail.