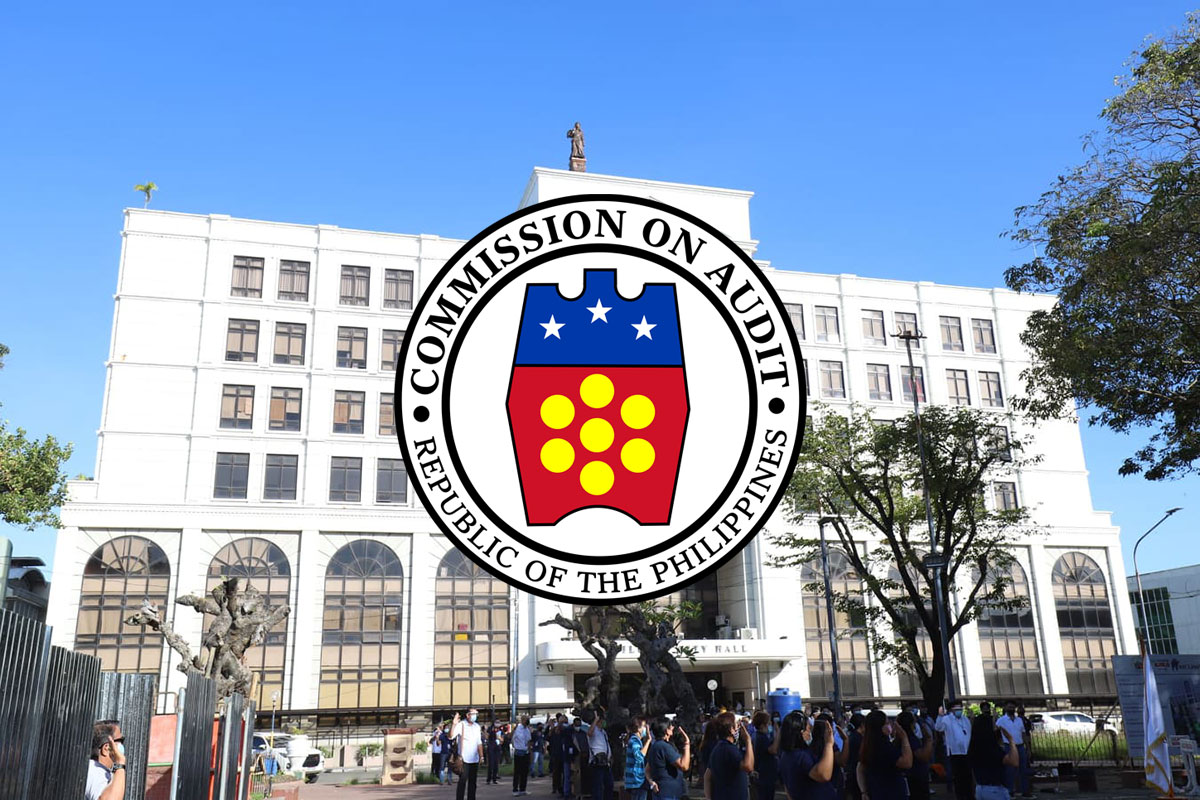 Up to P11.4 million in cash donations to the Iloilo City Government in response to the coronavirus disease 2019 (COVID-19) were unrecorded in proper accounts according to the 2020 audit report by the Commission on Audit (COA).

COA also noted that in-kind donations to the city were not properly accounted.

The city’s 2020 audit report was made available via COA’s website on June 23. The city earned a “qualified opinion”, which is the second highest audit rating made by independent auditors for the COA.

The audit revealed that a P1.4-million cash donation from SM Prime Holdings, Inc. for the purchase of laboratory equipment for a COVID laboratory was listed as a payable under the “Other Payables” column.

Another P10 million cash donation from Barangay Ingore in La Paz district for the construction of a COVID laboratory was also listed as a payable “Due to Local Government Unit (LGU)”.

The COA said these practices were contrary to the provisions of its Circular No. 2014-002 issued on April 15, 2014, which provided for the accounting and reporting guidelines on the receiving and utilization of cash and in-kind aids or donations from local and foreign sources, among others.

Under the COA Circular, these donations should have been recorded under “Trust Liabilities – Disaster Risk Reduction and Management Fund (DRRMF)”.

The total amount of this Trust Liability in 2020 amounted to P137 million, consolidating both cash donations and DRRM Fund allocations under Republic Act No. 10121 (Philippine Disaster Risk Reduction and Management Act of 2010).

The erroneous accounting of these donations could result in overstatement or understatement of P11.4 million in the balances of “Other Payables”, “Due to LGU”, and “Trust Liabilities-DRRMF”.

As to the in-kind donations, the COA noted it conducted an Audit Query, to which the city government responded that it was still consolidating its records and would be submitting the papers when these are ready.

COA Circular No. 2020-009, which temporarily relaxed some of the regulations under Circular No. 2014-002 and other related COA issuances, requires agencies (including LGUs) to submit a summary or list of donations received, as well as their distribution status and balances.

The report stated that the non-submission of the records of in-kind donations “negated” the city government’s transparency and accountability in the use of disaster relief aid or donation.

The COA made the following recommendations which the city government agreed to comply with:

–       Requiring the City Accountant to prepare the necessary correcting journal entry to properly record cash donations received by the city for the COVID-19 pandemic; and

–       Requiring concerned personnel to prepare and submit necessary documents, records, and reports to account the in-kind donations the city government received for the COVID-19 pandemic.

Aside from this, the COA also flagged the following irregularities in the city government’s audit report: