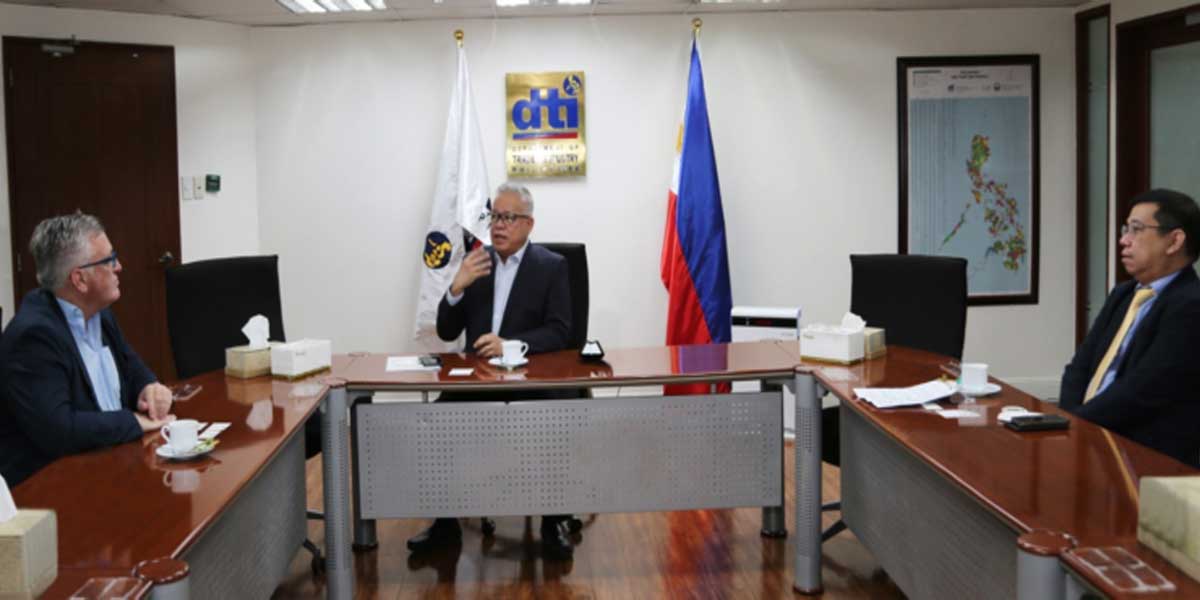 Department of Trade and Industry (DTI) Secretary Ramon M. Lopez highlighted the possible benefits that the Philippines might be able to gather from the establishment of the largest hyperscale data center in the country during the courtesy call of Darren Hawkins, CEO of SpaceDC held on 28 February 2022.

Together with him was Joshua Robinson, Chief Investment Officer of the said data center company. Meanwhile, Secretary Lopez was joined by Undersecretary Ceferino S. Rodolfo, Managing Head of the DTI-Board of Investments.

During the said courtesy call, Secretary Lopez mentioned that the establishment of a hyperscale data center in the Philippines is beneficial on the part of Philippines as this will facilitate the creation of more local jobs.

He also assured the company that the Department will help ensure ease of doing business, through the help of BOI by linking them to other government agencies and local government units (LGUs). Further, Undersecretary Rodolfo mentioned that the establishment of the said data center could be a catalyst in promoting renewable energy.

On his part, Hawkins highlighted that the company will be able to provide a critical data center infrastructure and that they are also focused on exploring and promoting renewable energy.

He also shared the company’s future in the Philippines which can be expected by the end of 2022 and by 2023.