Daily Guardian
Home NEWS NATION Lacson to voters: Track record matters, not promises that are made to...
Facebook
Twitter 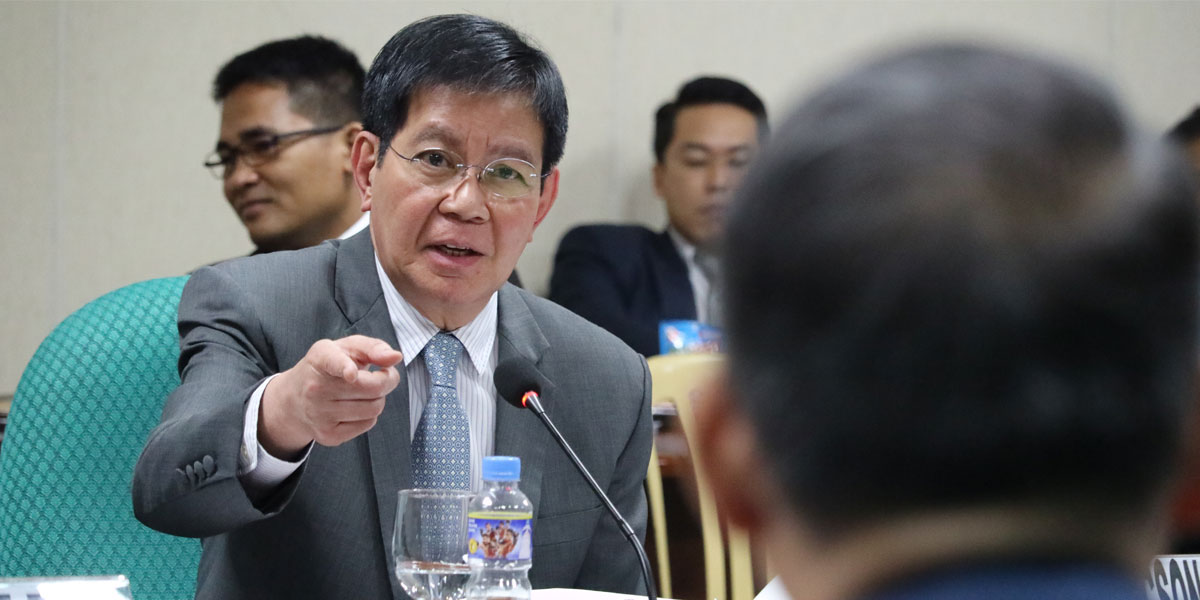 The sense of apathy among Filipino voters these days is palpable, insofar as Partido Reporma chairman and standard-bearer Panfilo ‘Ping’ Lacson is concerned, acknowledging the sad reality that there are people who easily fall for the empty promises of some candidates.

Lacson shared these thoughts in an interview over DWIZ radio on Saturday. He was asked about the seeming lack of interest of the electorate in addressing the issue of corruption, since no politician in the history of politics in the country was able to solve this problem anyway.

The three-term senator, who has a long history of exposing widespread corruption in government through his privilege speeches in the Senate that led to the prosecution of some personalities, is aware that issues like these do get often ignored by the public at the expense of good governance.

(At the risk of making more enemies, I have been guarding against corruption. Most of the privilege speeches I delivered ever since were about the reckless spending of public funds, right? … Track record is important.)

(I keep explaining [about deeper issues], but if you [as voters] are not interested to listen because you would rather pay attention to shallow discussions [of some politicians] replete with promises that were obviously made to be broken, it’s up to you.)

Lacson refused to attribute this frustrating situation to lack of communication. While he recognizes that there may be problems between the one who gives the message, and the one who is supposed to receive it, a sea change probably needs to happen for better understanding to take place.

(Because we choose not to take it seriously [the issue of corruption] anymore. It’s like saying, ‘well, it is what it is. The system has always been like that.’ If we keep that kind of attitude, then we really have nowhere else to go, Cely. It is really difficult. Because we know what the basic problems are, we know how big of a problem it is.)

“Kaya tayo baon sa utang ay [kasi] hindi natin na-a-appreciate (The reason why we never seem to get out of our [national] debt is because we never learned to appreciate [small victories in the fight against corruption]),” Lacson lamented.

To the disaffected voters, who keep complaining that all presidential aspirants are the same—only good at making promises every election season but have no plans to deliver after—Lacson advised them to go beyond these promises and look at what they have already accomplished instead.

(They say, ‘oh, because it’s campaign period; promises here, promises there.’ My response to that: ‘I have always been doing this [fighting corruption].’ In my long years of public service—from the military, police and the legislature—not once did I ever accept a bribe.)

Lacson is seeking the presidency in the upcoming 2022 national elections, campaigning under the platforms of good governance and political reforms to eliminate corruption, in a bid to fix what’s wrong with the government to improve the lives of Filipinos.