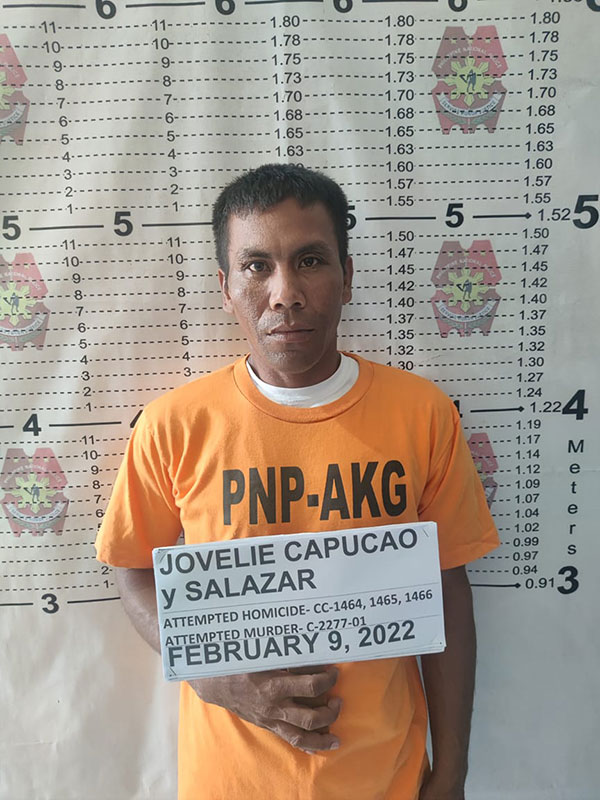 The team coordinated with village chief Nelly Galgo in serving the arrest warrant against Capucao.

The warrant for the three counts of attempted homicide was issued by Municipal Circuit Trial Court Judge Sebastino Arboleda Baguio also on Feb 8.

Bail for the attempted murder charge is P120,000 and P108,000 for the three attempted homicide case.