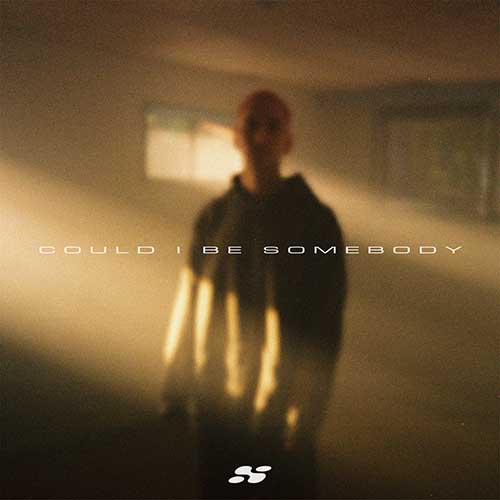 NYC-based Japanese producer and musician rei brown releases his latest single, “Could I Be Somebody” along with its mysterious, sci-fi themed video set in a surreal dreamscape. At the center of the synth ballad lies rei’s effortless ability to capture nuanced emotion, this time, the timid whispers of a new crush and the exploration of queer love and identity.

“Could I Be Somebody” is an ode to the unique loneliness of the young queer experience. On the track, rei wonders, “Could I be somebody, could I be somebody you love? ” as he navigates the strange secrecy and different realities that queer people often exist in. Rei explains the lyrics have roots in his time throughout middle school when he found himself feeling lonely and not engaging in the same relationships that his peers were. “In middle school, I was realizing I was queer, and navigating that loneliness. Other people were starting to have relationships and it felt like that world was cut off to me. I felt like someone must be out there for me, but I just couldn’t see them or feel them—as if they were in a

However, he began to realize that he could create his own reality–a secret one where he could be safe, and one that many of his peers would never understand. Rei continues, “When another boy and I came out to each other and started dating it really felt like entering a parallel dimension. We got to form our own little secret world where we could be safe together.”

Directed by Zachary Bailey and produced by Ava Doorley, the cinematic music video follows two kids as they wistfully run through a quiet, gleaming forest. The fleeting butterflies of a new crush begin to develop between the two, and they later chase each other into an empty, abandoned house. It concludes with a young rei reaching into a portal, bringing viewers into his sci-fi, queer fantasy world. Coated in a warm blanket of youth and nostalgia, the magical video captures the coy hint-dropping and games that come with having a new crush. It begins with nervous tension that surrounds a new feeling and a new understanding of oneself, then there’s excitement and fear, but once it’s found, there’s a profound safety that rei gently grasps within the track and video.

Reflecting on the video, rei explains, “We wanted to convey a coming of age story that captured the innocence of youth in the video that was reflective of my own life navigating closeted relationships for the first time.”

“Could I Be Somebody” offers a place of refuge for anyone who deviates from the norm. The track, combined with the video, build a safe world where queerness and individuality thrive as rei ponders if the idealistic love he feels could become reality. Thoughtful, touching lyricism combined with dreamy experimental electronic synths allow rei to immerse listeners into a world all his own, blending genres to blaze his own trail. Today, with a renewed sense of self, rei brings his most honest and refined sound with him into 2022, keeping much more in store for the months ahead.

rei brown is a New York-based, Japanese producer and artist whose music edges on captivating indie-pop, alternative electronic, and lo-fi R&B. After growing up in Kobe, Japan, rei found himself relocating to Boston in 2011 to study songwriting at Berklee College of Music. After graduating and moving to New York City, he released a slew of music on Soundcloud and later, his debut EP ‘raybaboon’ which led to several successful singles and EPs garnering over 100 million collective streams in the process.

His single “Forever”, co-written by Joji and keshi was released with his first self-directed and produced music video. He also found time in between to reunite with Joji on “Normal People” from Joji’s 2020 sophomore album, ‘Nectar’. After such an amazing year, rei brown spent 2021 in the studio working on his debut album slated to release this summer 2022, just in time to join keshi on his upcoming ‘HELL / HEAVEN’ North American Tour.

rei brown has a wide fanbase across Asia, with Asian markets making the majority of his Top 15 Streaming Markets globally including Malaysia, Indonesia, Philippines, Taiwan, Thailand and Singapore.