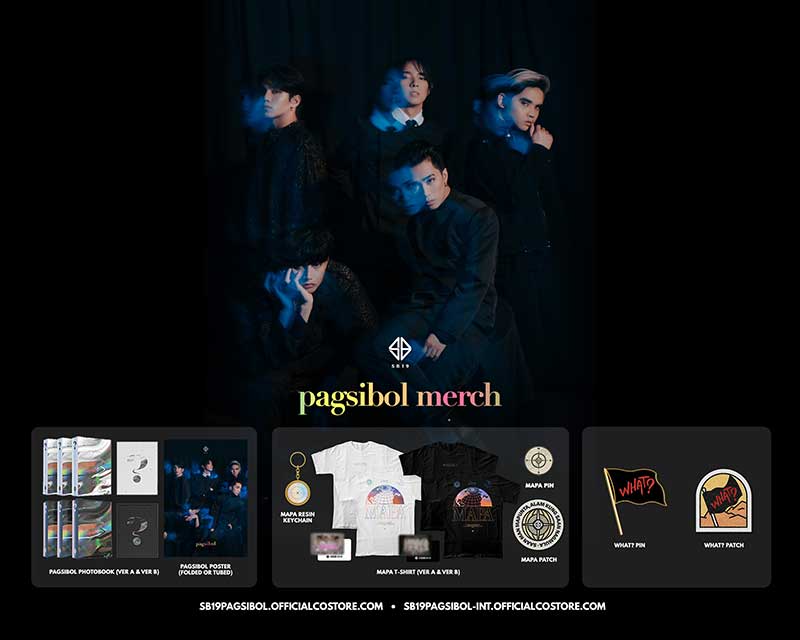 The official Pagsibol merchandise features an assortment of designs heavily referenced by the emerging global stars’ chart-topping songs, as well as their corresponding videos and artwork. 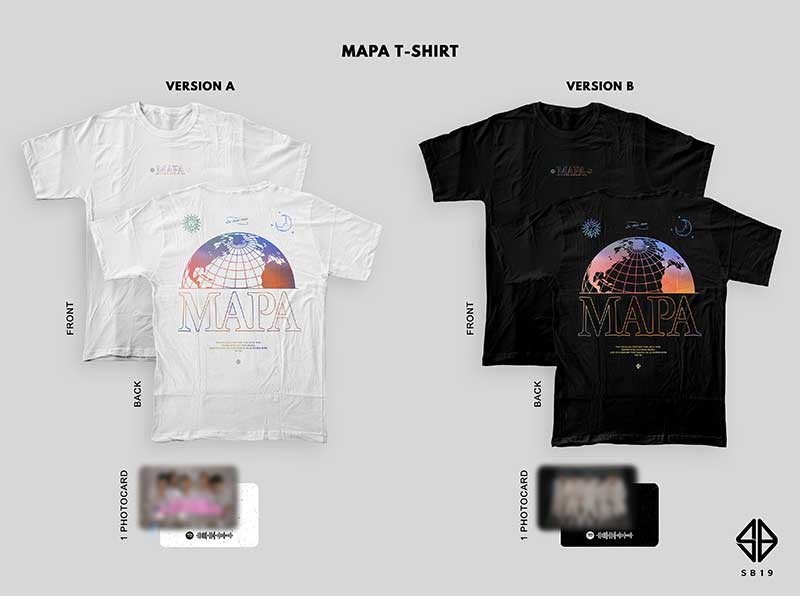 A first of its kind in the P-pop scene, the SB19 photobook is full of inclusions and goodies for the fans such as the collectible streaming plaque, SB19 poster, postcard, sticker sheet, and the much-anticipated random member photocards included in each unique copy. “It was curated by fans for fans, and we wanted to make sure that it would live up to expectations especially with it being the first of its kind for P-pop,” the Sony Music Philippines merchandise team shares in an official statement. “Fans are sure to hunt down for their bias in SB19, or even all the member photocards.”

The exclusive merch line was conceptualized and produced by Sony Music Philippines, SB19, and ShowBT. To help execute the ideas, the merchandise team collaborated with Filipino artists Irmay Ledesma and Bea Zaragoza to come up with top-notch designs that reflect the SB19 brand, as well as what their music stands for. The team also made sure that the merch line adheres to the Filipino group’s vision, and is representative of the aesthetic of SB19 and their music. 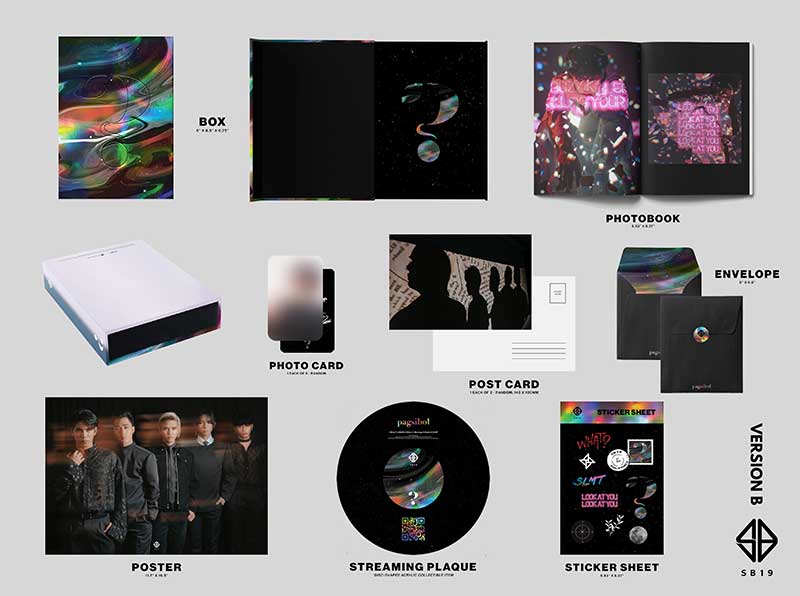 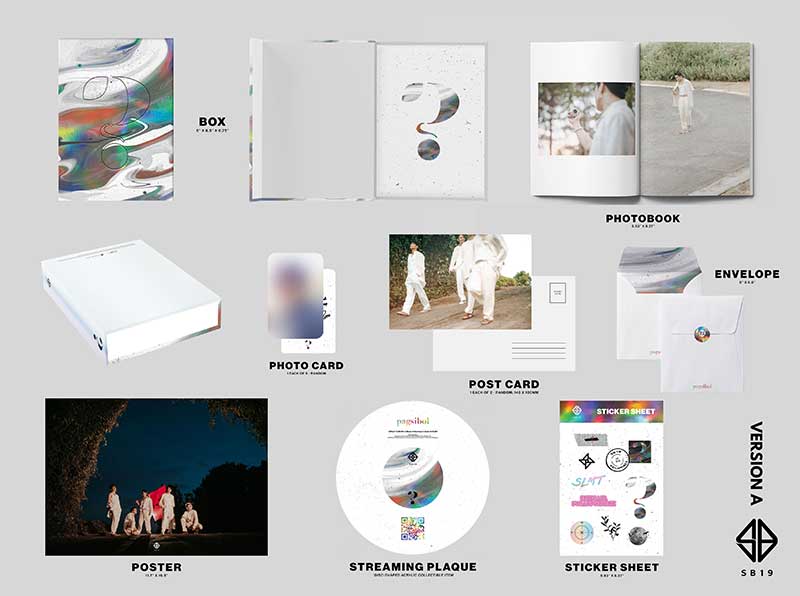 Given SB19’s status as one of the biggest and most awarded boybands in Asia, the team wanted to bring the same big-caliber treatment that fans of international and K-Pop artists have experienced when it comes to merch. “We made sure to involve SB19 members and ShowBT in every step of the way – from concept, design, down to execution and production. We presented our own ideas in the beginning, and from there, the ideas evolved as to what the whole team envisioned for the project. Specifically, SB19’s Justin De Dios serves as a co-creative director for the project, pitching in his input for all the studies and acting as liaison for the rest of the members when it comes to creative decisions.”

As of press time, the official Pagsibol merchandise has been getting good feedback based on the volume of orders and online hype. According to the merch team, the fan anticipation has been high, especially for the release of the photobooks, which received a large number of pre-orders prior to its release.