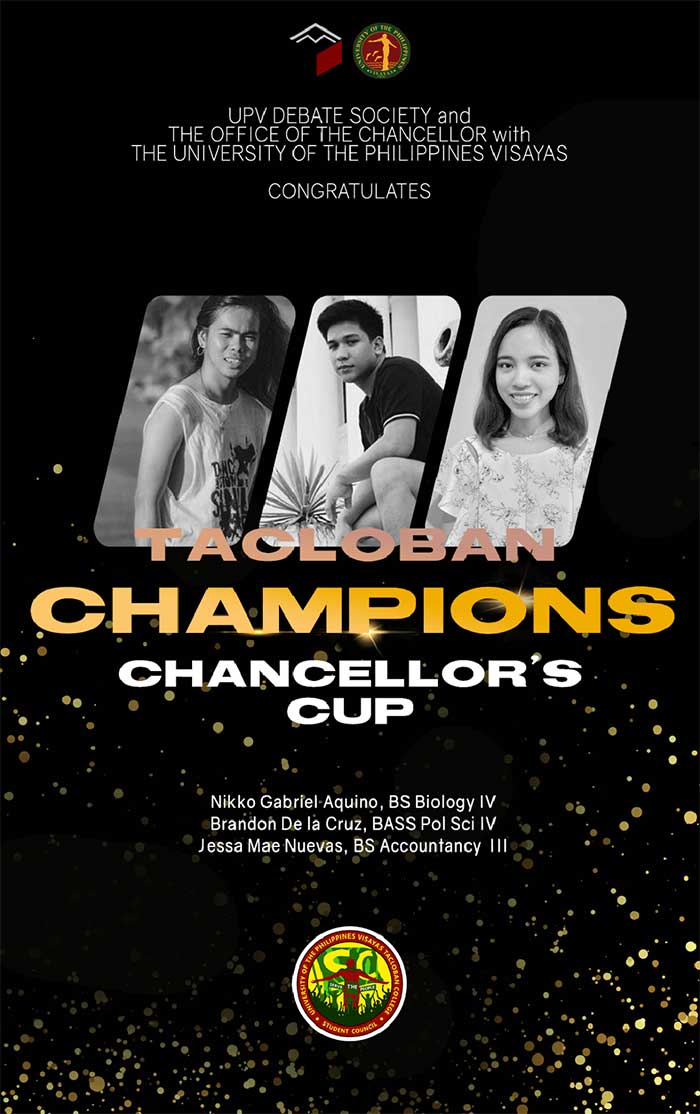 With a 2-1 decision, UP Tacloban won against the Fisheries team of the College of Fisheries and Ocean Sciences (CFOS) in the grand finals with the motion, “The House supports the use of Artificial Intelligence as the primary tool for decision-making in matters relating to public health policies and programs.”

John Rey Reyes of CFOS was awarded Best Speaker of the finals round.

The debate cup was composed of three preliminary rounds. The top three breaking teams were UP Tacloban, Fisheries, and Skimmers. With a unanimous decision in the pre-grand finals, Fisheries won against Skimmers, facing Tacloban in the grand finals.

The debate competition aims to promote democracy and social awareness of students in the various issues we face today.

UPV Chancellor Dr. Clement Camposano said that the event would have a significant impact in creating a university with a diverse and open atmosphere, making it a bastion of academic freedom.

“This event tells us that the UP spirit is alive and refuses to be defeated,” Camposano added.