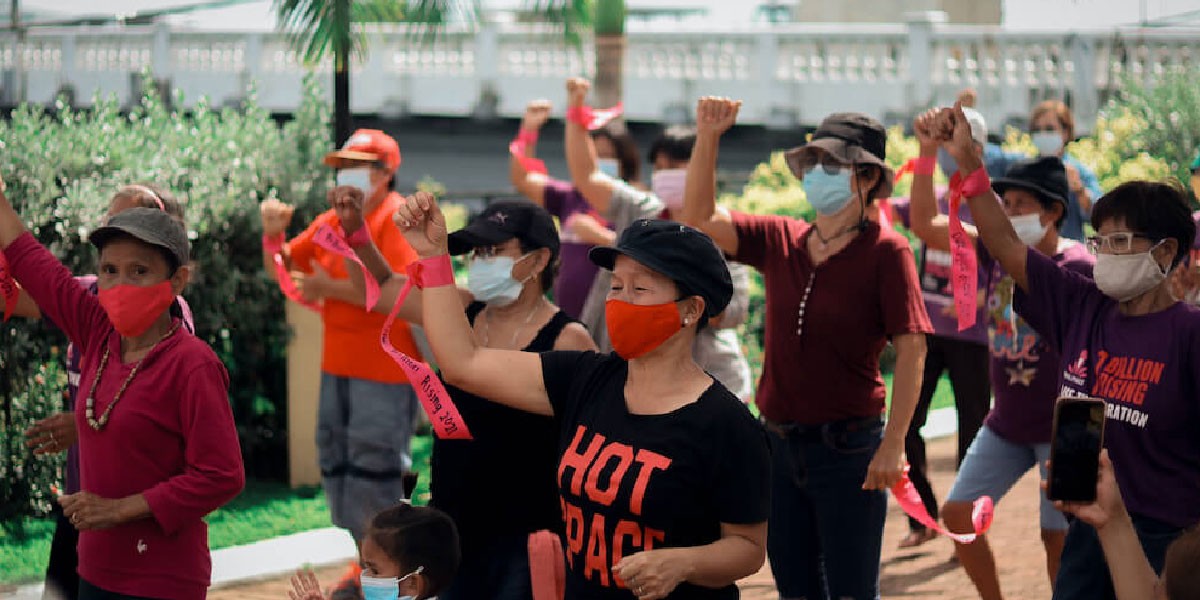 Despite the strict prohibitions from authorities, the mass mobilization pushed through, with representatives from various sectors, including the UPV Gender and Development Program (GDP) and the All UP Academic Employees Union (AUPAEU), calling for equality for all genders, government attention for the safe resumption of face-to-face classes, and respect for all human rights.

Along with the mass mobilization, several activities also took place on the same day, such as the Women’s Bazaar, the One Billion Rising dance, the march to the Iloilo Provincial Capitol, and a webinar, “Mga Istorya sang Kababaihan,” initiated by the UPV GDP via Zoom.

These activities are part of the month-long celebration of the Women’s Month of the Gender and Development Program under the theme, “We Make Change Work for Women,” which started on March 1 with a virtual opening headed by Prof. Moniq Muyargas.

The university’s celebration continues on March 13 until 31 with webtalks and discussions, research colloquium, the launch of installation art, short plays, and the announcement of winners for the photo essay contest and mural painting. (Charmie Saligumba, Division of Humanities, CAS)