Members of various Rotary and Rotaract clubs in Negros Occidental were deployed 4am Sunday to oversee and help in the distribution of relief goods in Barangays Cabadiangan, Mambaroto and Nabulao in Sipalay, with the help of volunteer rescue group Sunoi of Binalbagan.

Thirty-two members of the rescue volunteer groups stayed behind in Sipalay to help in recovery and clearing operations.

Sipalay Mayor Gina Lizares thanked the Rotarians for their effort, especially in facilitating the deployment of the Aquacube water purifier from Sagay City and conducting the medical mission that served almost 400 patients.

“Our water requirements are now sufficient but we continue to appeal for food, hygiene kits, clothing and footwear for our residents,” Lizares said.

Thousands are still in evacuation center and they are also appealing for construction materials so people can go back to their homes and start rebuilding.

The City Disaster Risk and Reduction Management Office (CDRRMO) reported that over 3,000 homes were destroyed and 8,500 others were damaged.

Rotary 3850 Past District Governor, Dr. Jundad Legislador, who led the medical mission, also said there is a need to conduct more health services as “we saw a lot of infections from wounds that were not treated immediately.”

“We actually ran out of antibiotics to dispense and had to prioritize patients with severe wounds,” Legislador said and was thankful that they were able to bring tetanus shots.

“A few days more and I am sure there will be tetanus cases in Sipalay,” he added.

One patient, Felizardo dela Cruz, 69, was taken by Rotarians from Brgy. Cabadiangan to have his wound treated. He can barely walk and survived Typhoon Odette by hanging on to his flat wooden bed that became his life raft.

“I found myself more than a kilometer from my place and didn’t notice the wounds on my legs which was probably from the debris I tried to kick from underneath me as I was being swept by the waters,” he added. 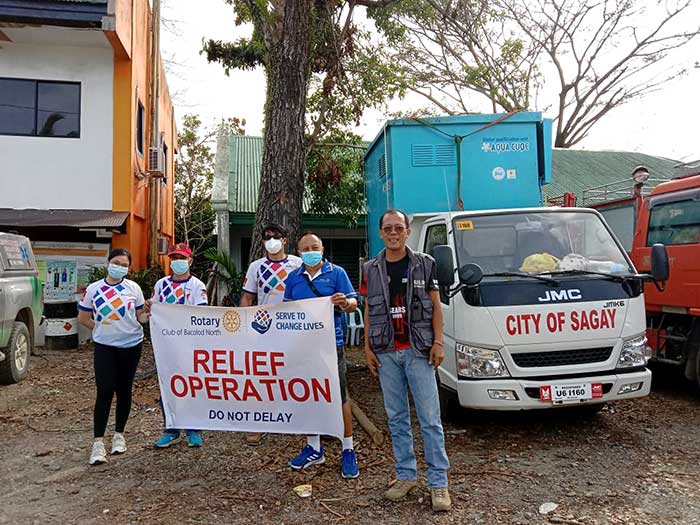 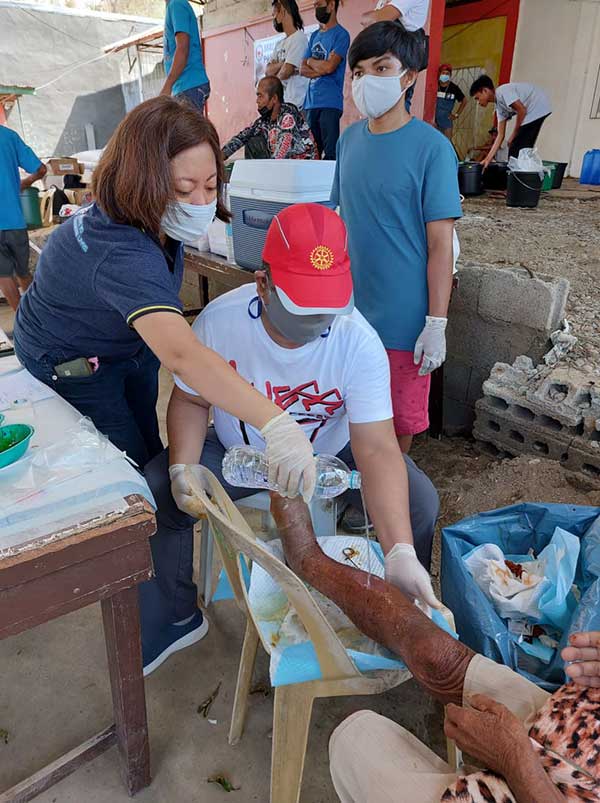 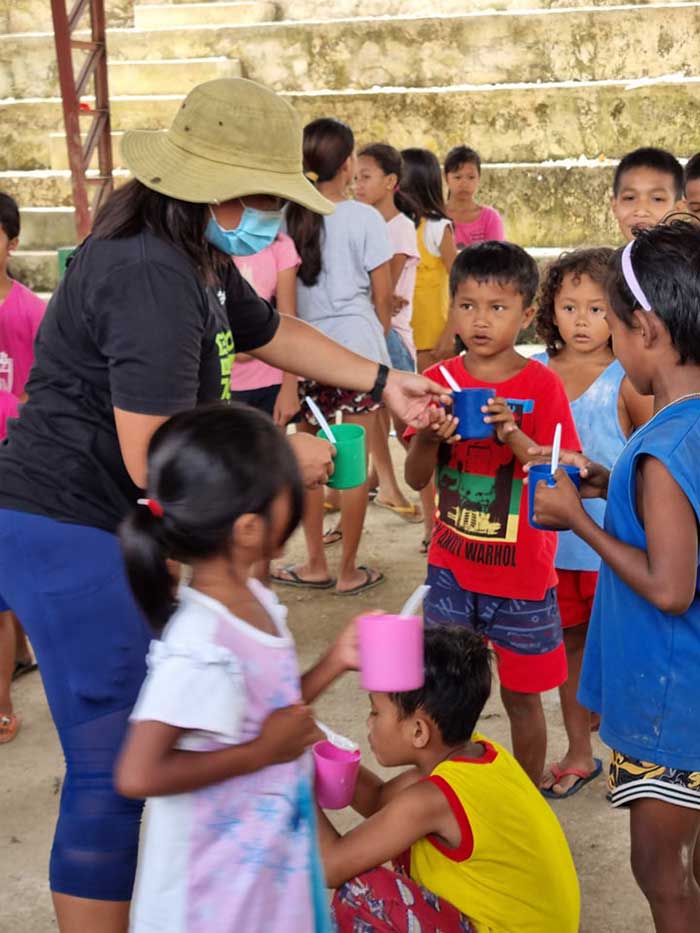 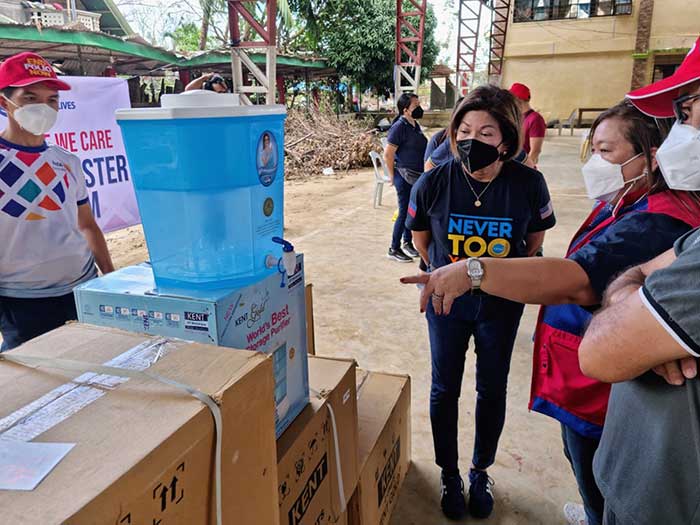 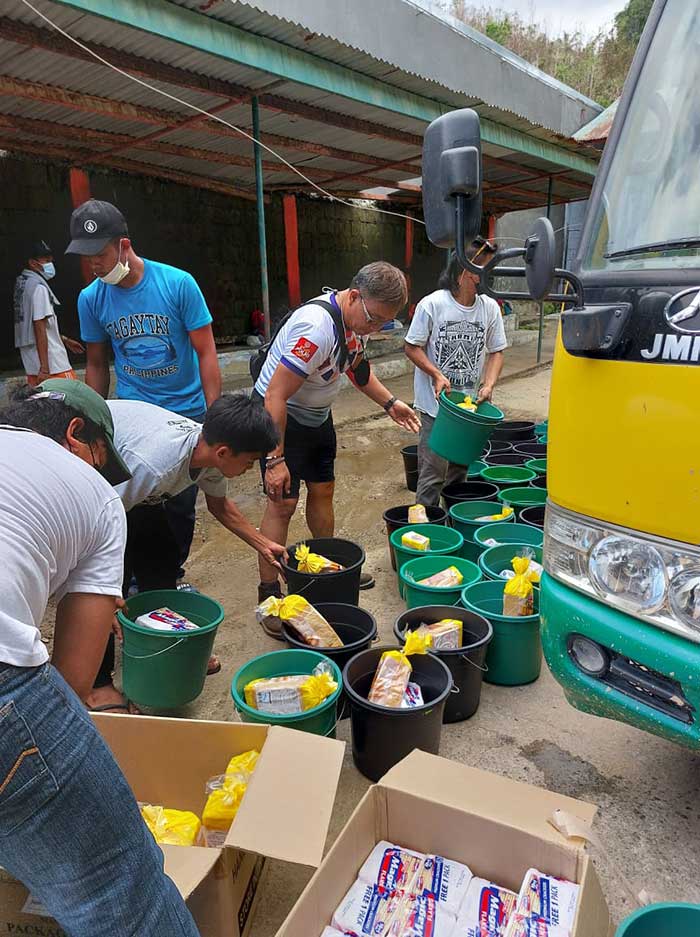 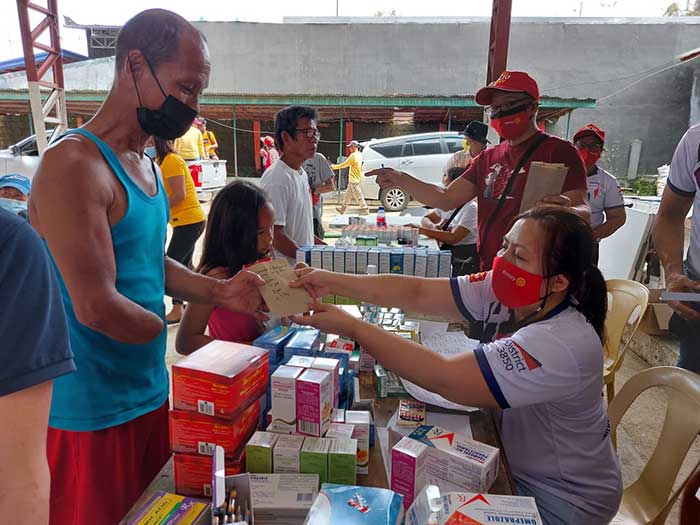 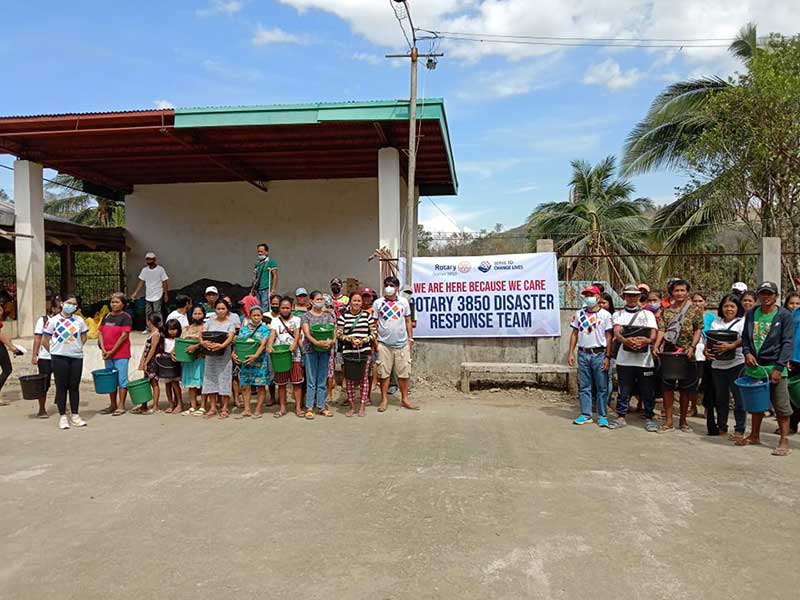 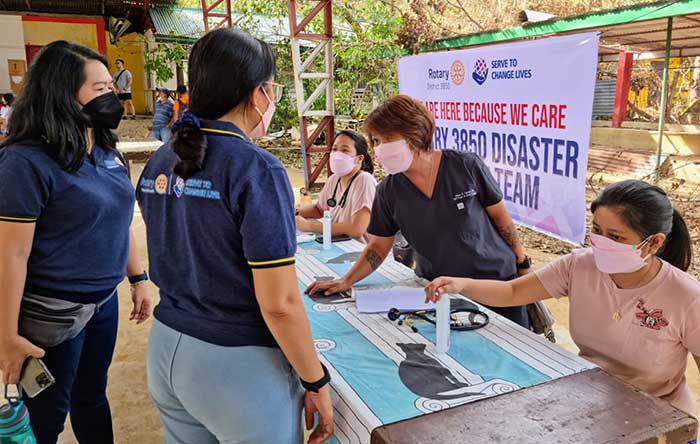 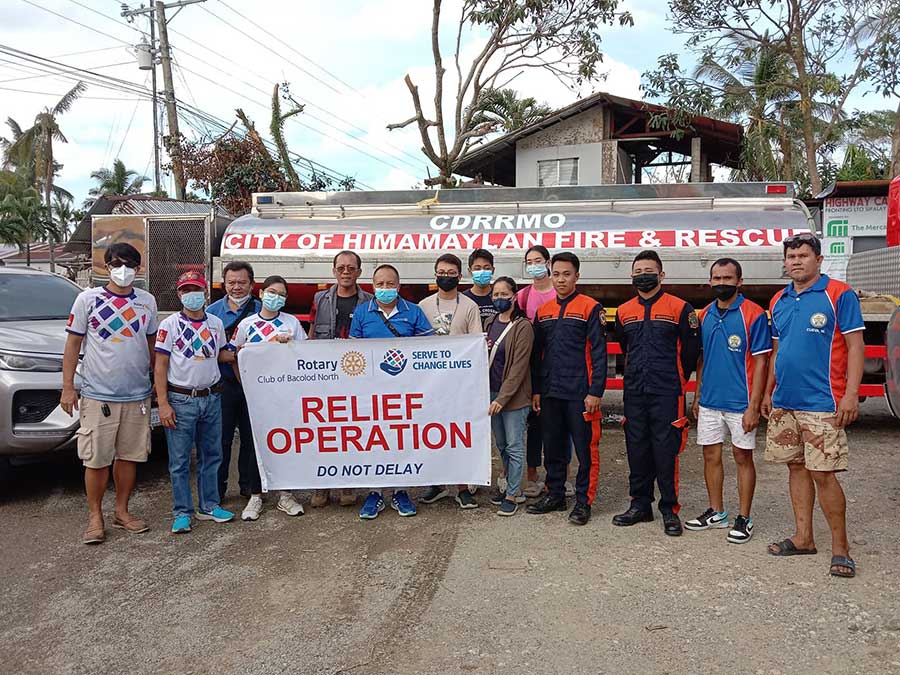 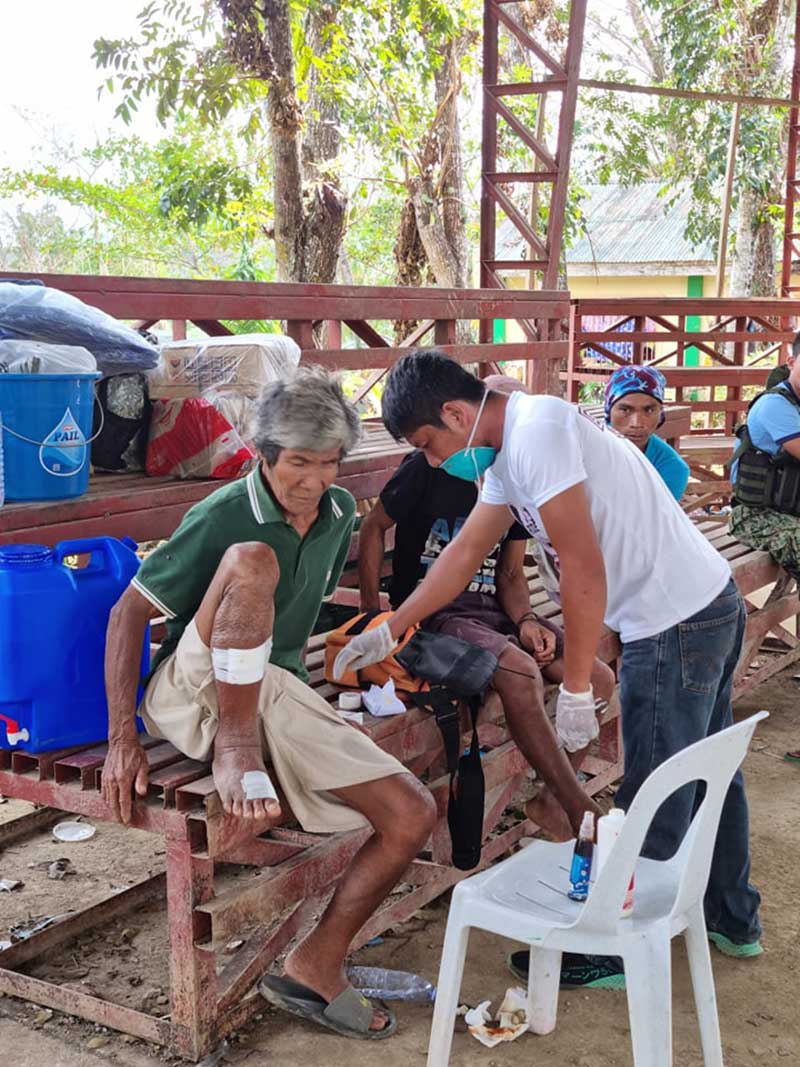 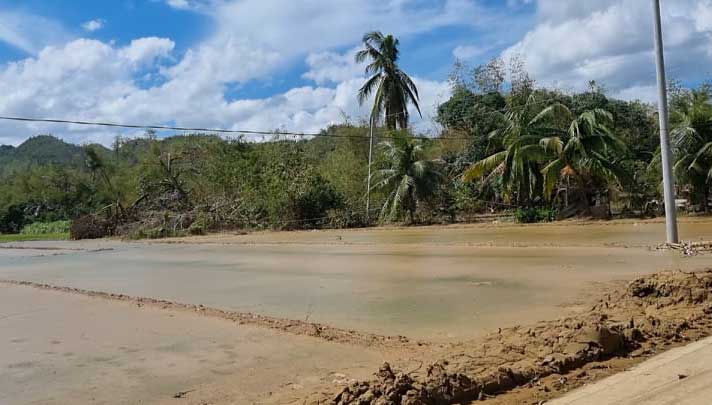 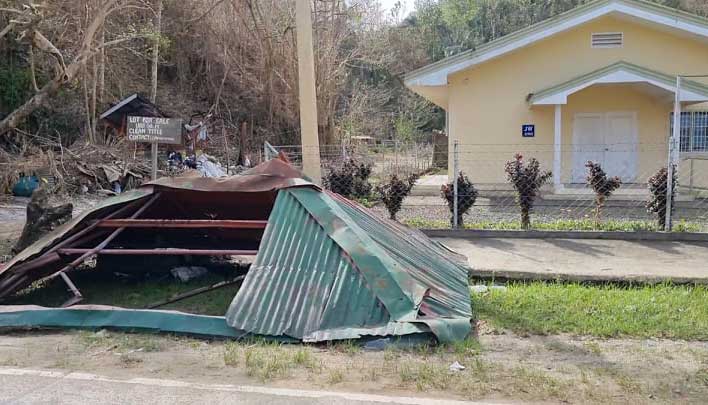 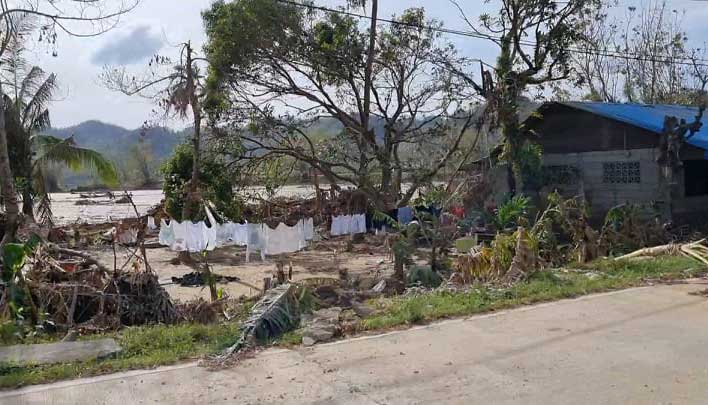 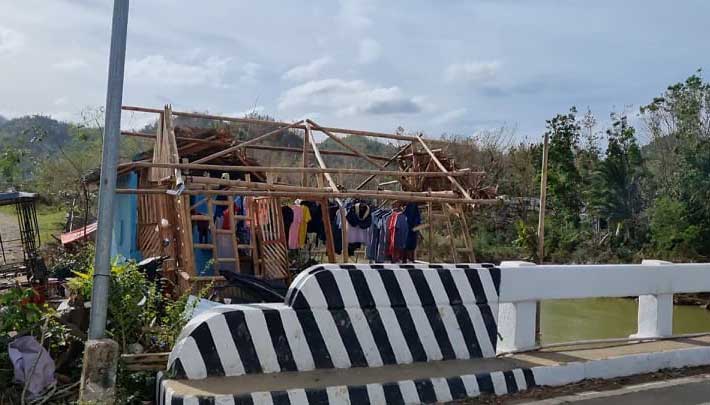 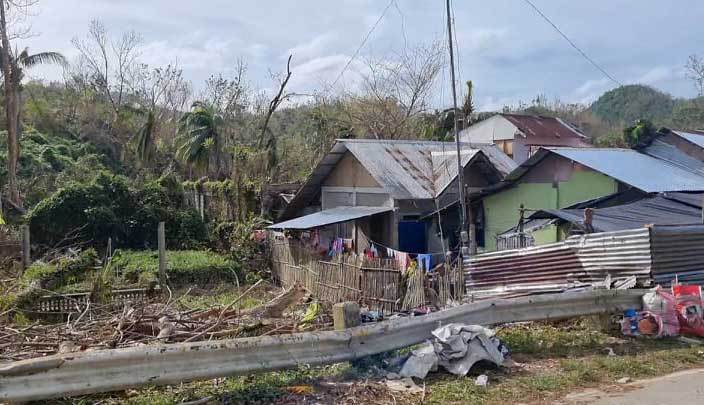 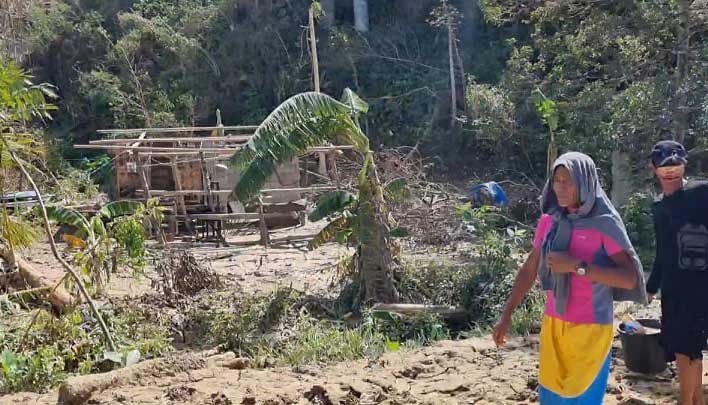 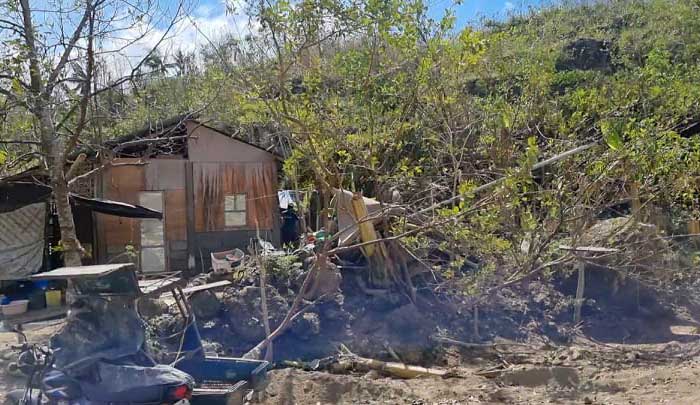 Dr. Legislador said Dela Cruz had severely infected wounds in his right leg that was so swollen and they had to open it up to release the pressure. “It was good that he had a previous tetanus shot and all we had to do is to relieve the pressure from his leg and give him a full range of antibiotics.”

Others were not so fortunate to survive Odette and Sipalay had the highest death toll of 17 in Negros Occidental. Mayor Lizares said that 6 others remain missing and the hope of finding them still alive may be naught.

The Rotary Club of Marapara and their Rotaractors led the relief distribution and medical mission in Brgy. Cabadiangan. They also had games and gifts for the children in the evacuation center and served porridge and bread.

The Rotary clubs of Bacolod Central and Bacolod South led the mission in Brgy. Mambaroto, giving out slippers and blankets as well, while members of RC Silay, Bacolod North and Metro Bacolod led the distribution of goods in Brgy. Nabulao.

Another Aquacube from Sagay City will be deployed in Sipalay next week with the help of District 3850 that purchased the generator set to make it operational. City disaster head, Danilo Bogtae said these two equipment that can produce 2,000 liters of potable water in an hour will be helpful in our water requirements while water pipes are being repaired.

The first Aquacube is currently stationed at the City Hall and water was provided by firefighters of Himamaylan City that joined the mission.

“We were on our feet for 12 hours and I personally would like to thank all Rotarians, Rotaractors, volunteer doctors and rescue groups that joined us. We left Sipalay with rain pouring hard again and we can only pray that it won’t cause more damage to what Odette has done,” Espina said.

She also said that District 3850 received a lot of donations and would like to thank HARPDI and the Rotary community in the country, and other individual and corporate donors. “We are just at the immediate relief stage of operation. There is so much still to be done in the recovery efforts and we hope people will continue to help those who lived through Odette, in rebuilding their lives.” (Photos taken during ocular of the three barangays and videos by Toks Lopez)