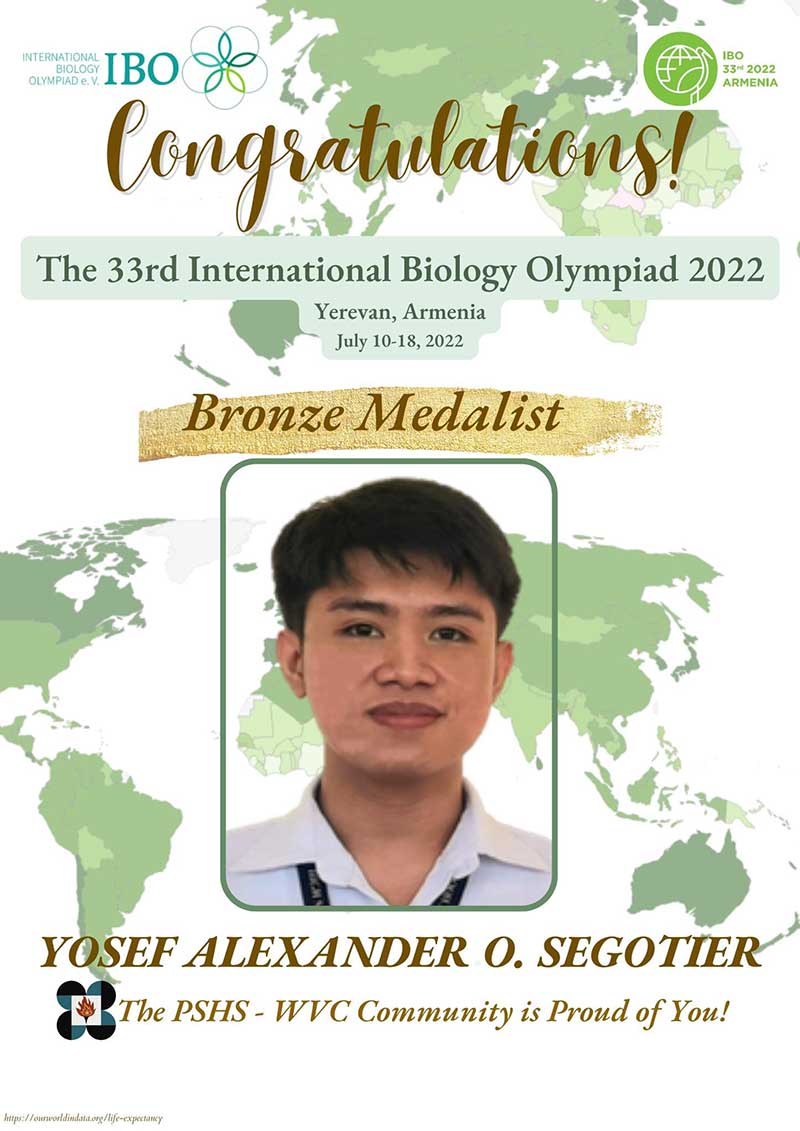 Adding to the tally were Aames Juriel B. Morales from the De La Salle University Senior High School and Ron Angelo A. Gelacio from PSHS – Main who both won bronze medals in the 54th International Chemistry Olympiad (IChO) held in Tianjin, China last July 10-18. Their teammates, Anne Maricar T. Maralit from PSHS – Main and Lemuel A. Acosta from PSHS – Central Luzon, likewise secured honorable mentions to cap the event.

This is the biggest haul of medals for the country since joining the IBO in 2018.

Gabriel Angelo Vila from PSHS – Calabarzon completed the national team to the IPhO, which was originally planned to be held in-person in Belarus before organizers opted to conduct the competition online after more than 65 percent of the participating countries voted in favor of the virtual mode.

“It is indeed a beautiful sight to see our students wave the banner of Filipino excellence in the international scene,” said DOST-SEI Director Josette Biyo. “Our students are strong contenders in the academic arena and DOST-SEI will definitely continue to give full support to enable students to showcase their best in international Olympiads.”